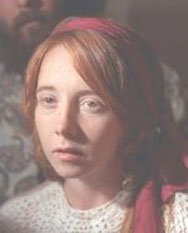 Lynette Alice "Squeaky" Fromme (born , ) is a former member of 's "Family", convicted of attempting to assassinate U.S. President in 1975. She is currently serving a life sentence in prison.

Fromme was born in , to Helen Benziger Fromme, a homemaker, and William Millar Fromme, an aeronautical engineer.

As a child, Fromme was a performer for a popular local dance group called Westchester Lariats [ [http://www.westchesterlariats.org/ Westchester Lariats ] ] , which in the late 1950s began touring the US and Europe, appearing on "" and at the . Fromme was in the 1959 tour [cite web |url=http://www.westchesterlariats.org/Dr.%20Hall%20Bio.htm |title=J. Tillman Hall, 91; USC professor led Emeriti Center, By Valerie J. Nelson, LA Times, June 24, 2007] .

In 1963, the family moved to Redondo Beach, a suburb of Los Angeles, and Fromme began drinking and taking drugs. Her grades in high school dropped, but she managed to graduate in 1966. She moved out of her parents' house for a few months before her father convinced her to consider El Camino Junior College. Her attendance here only lasted about two months, however, before an argument with her father rendered her .

In 1967 Fromme went to Venice Beach, suffering from depression and with no one to turn to. , who had been recently released from federal prison at near , saw her in this state and struck up a conversation with her. Fromme found Manson's philosophies and attitudes appealing, and the two became friends, travelling together and with some other young people such as and . She lived in southern California at , and in the desert near . Manson asked Fromme to sleep with (then age 78) in exchange for free lodging for the "Family" at the deserted .

After Manson and some of his followers were arrested for committing what would become known as the Tate-LaBianca murders in 1969, Fromme and the remaining "Family" camped outside of the trial first with X's, and later s carved into their foreheads, proclaiming Manson's innocence and preaching his apocalyptic philosophy to the news media, as well as to anyone else who would listen. She was never charged with involvement in the murders, but was convicted of attempting to prevent Manson's imprisoned followers from testifying, as well as when she herself refused to testify. She was given short jail sentences for both offenses.

Fromme moved to , with friends Nancy Pitman and Priscilla Copper, a pair of ex-convicts named Michael Monfort and James Craig, and a couple, James and Lauren Willett. When the Willetts died within days of each other, the housemates were taken into custody on suspicion of murder. However, she was released due to a lack of .

“Five persons were arrested here early yesterday on murder charges in a case with apparent links to a Sonoma County killing, the bizarre Charles Manson Family, and a white racist group of prison inmates.Police discovered the body of a woman, tentatively identified as Lauren Chavelle Willett, 19, in a shallow grave under a house at 720 W. Flora.The woman, killed with a single shot in the forehead from a .38 caliber pistol, is believed to be the wife of James Willett, 26, whose body was found last week buried near Guerneville in Sonoma County.They are Michael Lee Monfort, 24; James T. “Spider” Craig, 33; Priscilla K. Cooper, 21; Nancy Laura Pitman, 24; and Lynnette Alice Fromme, 24.An infant girl, about 7 or 8 months old, was found in the house at 720 W. Flora, and placed in Mary Graham Hall. Police said they are not sure of her identity, but believe she may be the Willetts’ daughter.All three of the women arrested have the Manson Family sign etched on their foreheads. The sign is that carried by women followers of Charles Manson, convicted of the Sharon Tate case murders.The two men, police said have the initials AB tattooed near the left breast. This is a designation of the Aryan Brotherhood, described by law officers as a fanatical racist cult of white state prison inmates.Monfort and Craig also were booked en route to Sonoma County, where they are suspects in the killing of Willett.According to police, Monfort used Willett’s name when he was arrested Oct. 30 and charged with armed robbery of Eden Square Liquors, 929 N. El Dorado.Monfort was arrested with another man, William M. Goucher, 23, as they left the store. Goucher remains in jail on robbery charge, but Monfort jumped $10,000 bail and was at large until captured with the other murder suspects late Saturday night.Police said they had been alerted that a station wagon belonging to Willett might be in the area, and the vehicle was discovered parked at 720 W. Flora.Police Sgt. Richard Whiteman went to the house and, when he was refused entry, forced his way in.All the persons subsequently arrested were in the house except for Miss Fromme. She telephoned the house while police were there, asking to be picked up, and officers obliged, taking her into custody nearby.Police found a quantity of guns and ammunition in the house, and noticed freshly dug earth beneath the building.They obtained a search warrant to permit further investigation and dug up the body shortly after 5 a.m. yesterday.An showed the woman had been dead approximately 48 hours.Police quoted Miss Cooper as saying the victim had been shot accidentally, and that others at first planned to take her to a hospital, but then decided to bury her when they determined she was dead.According to Miss Cooper’s Story, Monfort was demonstrating the dangers of firearms, playing a form of Russian roulette with a .38 caliber pistol in the Flora Street house.After spinning the cylinder and pointing the gun at his head and at others, and pulling the trigger with no result, he pointed at the victim and the gun fired, Miss Cooper said.Police indicated that Mrs. Willett was with the others of her own volition prior to the shooting, and was not being held prisoner.

Willett was killed about two months ago, according to the Sonoma County coroner’s office, but his body was not found until last week.Police indicated that the murder suspects and the Willetts all are from Southern California, or have spent some time there.Monfort is a suspect in at least three Los Angeles area robberies, police said.” [Stockton Record Newspaper Monday, November 13, 1972 Part of the article by Gene Turner and Ben Remington of the Record Staff]

Fromme then moved into a Sacramento apartment with her friend, fellow Manson family member . The two wore robes on occasion and changed their names to symbolize their devotion to Manson's new religion. Fromme became "Red" in honor of her red hair and the redwoods, and Good became "Blue" for her blue eyes and the ocean.

In March 1975, Fromme confronted , the publicist for English , which was performing concerts in the United States as part of its North American concert tour. She said she had to see Led Zeppelin guitarist , because she had foreseen something in his future and thought it might happen that night during the band's concert at the . She swore that the last time this had happened, she had seen someone shot to death before her very eyes. Goldberg persuaded her to write a long note to Page, after which she left. The note was burned, unread.

On the morning of , , Fromme went to 's Capitol Park (reportedly to plead with President about the plight of the s) dressed in a -like red robe and armed with a .45 Colt automatic pistol, that she pointed at Ford. The pistol's magazine was loaded with four rounds, but none were in the firing chamber. She was immediately restrained by Secret Service agents, and while she was being further restrained and handcuffed, managed to say a few sentences to the on-scene cameras, emphasizing that the gun did not "go off". [ [http://prop1.org/park/pave/rev8.htm The Evolution of the Personal Protective Function] ] Fromme subsequently told ""Fact|date=February 2008 that she had deliberately ejected the cartridge in her weapon's chamber before leaving home that morning, and investigators later found a .45 ACP cartridge in her bathroom. [ [http://web.archive.org/web/20060709005016/http://www.squeakyfromme.org/faq.htm archived from now defunct FAQ from squeakyfromme.org] ]

After a lengthy trial in which she refused to cooperate with her own defense, she was convicted of the attempted of the president and received a under a 1965 law (prompted by the assassination of President ) which specified a maximum sentence of life in prison for attempted presidential assassinations. When U.S. Attorney Duane Keyes recommended severe punishment because she was "full of hate and violence," Fromme threw an at him, hitting him in the face and knocking off his glasses. [cite web |url=http://www.time.com/time/magazine/article/0,9171,945442,00.html |title=Time, Dec 29, 1975]

In 1979, she was transferred out of the women's prison in , for attacking a fellow inmate, , with the claw end of a hammer. On , , she escaped from the in , attempting to meet up with Manson, who she had heard had . She was captured again two days later and is now serving time in at the . Though she has been eligible for parole since 1985, Fromme has consistently waived her right to a hearing.

Seventeen days after Fromme's assassination attempt, attempted to assassinate Ford in ; she was also unsuccessful.