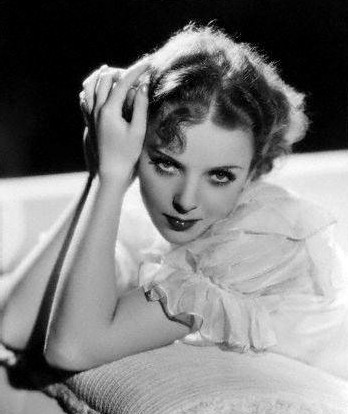 Born into a family of performers,

It was after her appearance in "" in fy|1939 that Lupino was taken seriously as a dramatic actress. As a result, her parts improved during the 1940s and she began to describe herself as "the poor man's ." [cite book |last=Katz |first=Ephraim |authorlink=Ephraim Katz |coauthors=Fred Klein, Ronald Dean Nolan |title=The Film Encyclopedia |edition=3rd Edition |year=1998 |publisher=HarperPerennial |location=New York |language=English |isbn=0-06-273492-X |pages=p. 858 ] While working for , Lupino would refuse parts that Davis also had rejected, and earned herself suspensions.fact|date=February 2008

During this period, Lupino became known for her hard-boiled rolesfact|date=February 2008, and appeared in such films as "" (fy|1940) and "High Sierra" (fy|1941), both opposite . She acted regularly and was in high demand throughout the 1940s without becoming a major star.

In fy|1947, Lupino left to become a actress. Notable films she appeared in around that time include "Road House" and "".

It was during a suspension in the late 1940s that Lupino began studying the processes behind the camera. Her first directing job came unexpectedly in fy|1949 when suffered a mild heart attack and couldn't finish "", the film he was directing for Filmways, the company started by Lupino and her husband to make low-budget issue-oriented movies. Lupino stepped in to finish the film, and went on to direct her own projects, becoming Hollywood's only female film director of the time. [There had been a number of woman film directors in the early days of American fillm-making, but as the industry became more centralized and controlled, the females faded away or were pushed out of directing.] After four "woman's" films about social issue &ndash; including "Outrage" fy|1950, a film about &ndash; Lupino directed her first hard-paced fast-moving picture, "The Hitch-Hiker" (fy|1953), making her the first woman to direct a .

From January ytv|1957 through September ytv|1958, Lupino starred with her husband, , in the comedy "Mr. Adams and Eve", in which they played husband and wife film stars named Howard Adams and Eve Drake. Also, they co-starred as themselves in 1959 in one of the 13 one-hour installments of the "". Later in her career, Lupino guest starred on numerous television programs, before retiring at the age of 60 after making her final film appearance in fy|1978.

Lupino has two stars on the for her contributions to the fields of television and motion pictures. They are located at 1724 and 6821 .

Lupino was born in , (allegedlywho under a table during a raid), the daughter of actress Connie O'Shea (a.k.a. Connie Emerald) and entertainer, , one of the . She was born in 1918 and not 1914 as other biographies have it.

Lupino was the titular subject of a jazz homage composed by .