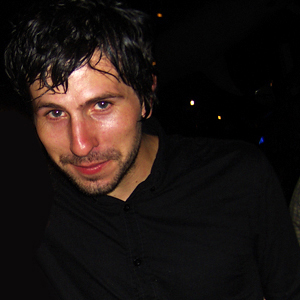 Solon Bixler (b. , ) is a rock&ndash;indie musician from . He is a former guitarist for the bands 30 Seconds To Mars and Earlimart. He is currently the lead male vocal and guitar player in the band Great Northern.

Born in to a musically inclined family, whose musical past included a band called The Wild Blue Yonder [http://thewildblueyonder.net/] , which included his parents and uncle. Solon started to play drums at the age of four. Music was heavily involved in Solon and his brother's lives. His mother passed away in the early 1980s. Later on his father remarried and had another child.

In 2001, Solon joined playing guitar. He left the band in 2003 due to issues primarily related to touring. Since , Solon has played in a revolving array of bands such as [http://www.perfectporridge.com/2007/05/24/interview-with-jim-fairchild-of-all-smiles-formerly-grandaddy/#more-992] , Earlimart [http://www.epitonic.com/index.jsp?refer=http%3A%2F%2Fwww.epitonic.com%2Fartists%2Fearlimart.html] and Sea Wolf [http://www.videostatic.com/vs/2007/week17/index.html#entry-33223954] . Over the years Solon and Rachel Stolte had been trading back and forth music recorded on their own four-track recorders. Eventually this led to creation of Great Northern. Solon, in order to get a band together, asked Davey Latter to join. Davey originally played bass but later moved to drums when Ashley Dzerigian joined.