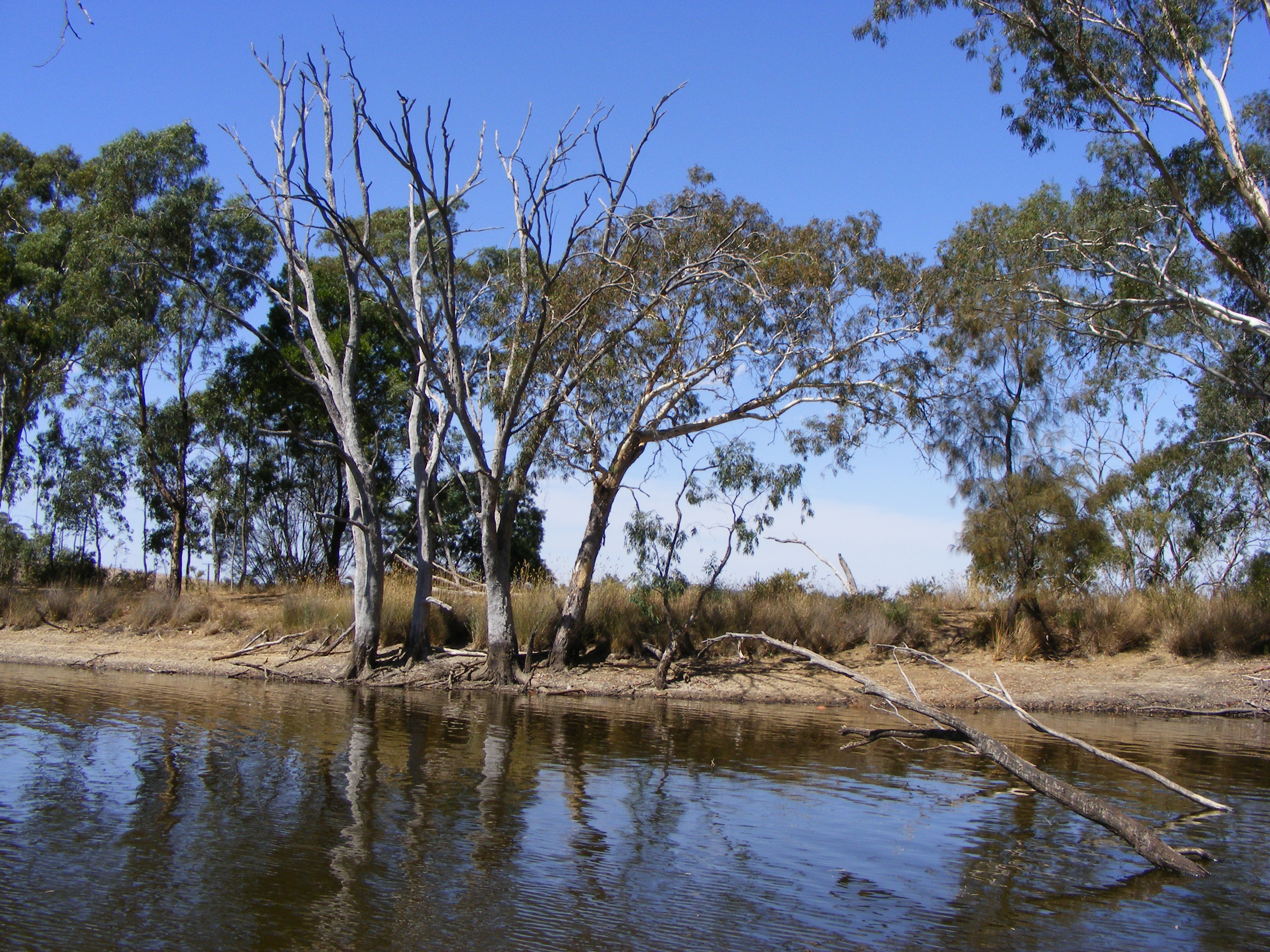 Totness Recreation Park, is a public park near the town of Totness, in the central . Covering convert|41|ha|acre|0 of land, the park is divided by the and features a large . It was declared as a reserve in 1970 and re-designated as a recreation park in 1972. The park has no visitor facilities except for access tracks. It is the only park in the district, managed by the Department for Environment and Heritage, that is solely designated for recreation.

While parts of the park are dominated by pest plant species, primarily and , it has native plant communities that are of conservation significance. Messmate Stringybark and Manna Gum woodlands are of particular note, being now uncommon in much of their former range across the Mount Lofty Ranges.

Totness Recreation Park is approximately convert|25|km|mi|0 from and convert|2.5|km|mi|1|abbr=on from Mount Barker. The park covers convert|41|ha|acre|0 but is divided by the , with convert|9|ha|acre|0|abbr=on north of the freeway and convert|32|ha|acre|0|abbr=on on its south. The only connection between the two sections is a convert|1.5|m|ft|0|sing=on high, convert|100|m|ft|0|abbr=on long, concrete storm water pipe that passes under the freeway. convert|5.8|ha|acre|0|abbr=on of the park's southern section is leased for grazing, and fenced off from public access. The park is surrounded by rural properties that are primarily used for grazing. The most prominent feature is a former railway dam in in the northern section. Most of the park, and some adjacent rural properties, drain into this dam. Overflow from the dam eventually reaches the Mount Barker Creek and subsequently the Bremer River. There are walking trails throughout the park and dirt vehicle access tracks along the boundaries. A boardwalk, constructed in 2001 in the northern section adjacent to the freeway, enables passage through boggy areas. Apart from the boardwalk there are no built structures and no facilities nor interpretive signs.

The park occupies hill slopes on the eastern side of a ridgeline. The ridge runs from the Bull Creek Range, diving the catchments of the Onkaparinga and Bremer rivers. and rocks feature in the park's geological formations. The well drained ic soils of the park are strongly leached and infertile. Soils on the slopes have low water holding capacity and are poor for root development. Soils in the bases of gullies can be deep, and wetter areas become boggy in winter.

The park is part of the traditional lands of the Aboriginal Tribe though no cultural artefacts have been found and aboriginal heritage on the site has not been formally investigated. It is managed by the Department for Environment and Heritage (DEH) in association with the Friends of Totness volunteer group. Totness Recreation Park forms part of Yurrebilla; the Greater Mounty Lofty Parklands. Within the Mount Barker District, it is the only DEH reserve that is dedicated for public recreation. Most of the park is a "Conservation Zone" with no bicycles, swimming, camping, motor vehicles, horse riding or dogs allowed; though dogs on leads are allowed in the northern section and it is recognised that the rules on swimming, dogs and horse riding are not honoured. As with the rest of Adelaide the area has a , with cool wet winters and warm to hot and dry summers. Average annual rainfall is convert|780|mm|in|0, mostly falling from May to August.

The park was registered on the Register of the National Estate in October 1980, based on the park's population of Candlebark Gum ("") and Eastern Wallaroos (""). [cite web | url=http://www.aussieheritage.com.au/listings/sa/Mount%20Barker/TotnessRecreationPark/11917 | title=Totness Recreation Park, Milne St, Mount Barker, SA | publisher= Aussieheritage.com.au | accessdate=2008-04-06]

Most of the park forms a watershed for the large dam in the northern section. This dam was constructed in 1884 and used by the to refill steam locomotives. Until 1944 water was piped convert|5|mi|km|1|abbr=on to the Mount Barker Railway Station, mainly for use on trains travelling to Victor Harbour. The dam also served as a water source for the township of Mount Barker, until replaced by water from the River Murray via the Adelaide-Mannum pipeline in 1955. [cite web | url=http://www.parks.sa.gov.au/totness/index.htm | title=Totness Recreation park - About the Park | publisher=Department for Environment and Heritage | accessdate=2008-03-09]

The southern section of the park was originally granted to John Dunne in 1853, a significant figure in Mt Barker's early history. The area around the dam was leased by the District Council of Mount Barker for wood and bark harvesting. The bark of the Golden Wattle ("") was taken for use in the Mount Barker tannery and Messmate Stringybark ("") trees were cut for firewood. Until 1970 the park's land belonged to the South Australian Railways and the state government Department of Transport. It was transferred to the then National Parks Commission in 1970 and dedicated as a reserve. In 1972 it was constituted as a recreation park, under the new National Parks and Wildlife Act, to protect natural habitat and provide recreational opportunities. The section south of the freeway was completely burnt out by the 1983 bushfires. The fire was stopped by the dividing road and the two sections now show different growth patterns with mallee or coppiced regrowth in the south and mature woodland in the north.

When created the park's north was dominated by , and and the south was regrowing from timber cutting. Gorse was dominant enough that the park had been referred to as 'Gorse Park'. Introduced plants were a major issue and still dominate some areas. Park management, to 2007, has been largely directed at controlling Gorse. Undergrowth is slashed each year to manage the fuel load for bushfires. Over 180 native plant species and 46 weed species have been identified. Gorse, Blackberry and are listed as Weeds of National Significance; they are seen as South Australia's most environmentally threatening weeds. Blackberry, Dog Rose and are mainly confined to drainage lines and areas near the Dam. Montpellier Broom ("a") is another prominent weed in the park. dominates much of the leased area. In the early 21st century two new weed species were found: Pussy-tails ("") and African Orchids (""). Cinnamon fungus ("") is a significant pathogen, damaging plant species throughout the Adelaide hills. It has not been found yet in the park, but is suspected as being present in the southern section. The park has native plant communities that are of conservation significance due to their rarity in the contemporary Adelaide Hills including Messmate Stringybark ("") woodland and open forest, and Manna Gum ("") woodland.

Thirty six native bird species have been recorded within the park. The large eucalypts in the north provide nestinge sites for Adelaide Rosellas ("") and Kookaburras (""). Some of the species seen are noted as having significant conservation value, either in the Mount Lofty Ranges or in the entire of South Australia. These include Yellow-tailed Black Cockatoo (""), Scarlet Robin ("") and Bassian Thrush (""). The dam, and environs, provide a habitat for ducks and water-birds. White-faced Herons (""), s and occasional s have been sighted. In 1980 some Big-headed gudgeons (""), a small native fish, were released into the dam, presumably as food source for the introduced Redfin Perch ("") which are kept for recreational fishing.

Small numbers of Western Grey Kangaroo ("") shelter in the park during the day and feed in neighbouring pastures. Common Ringtail Possums (""), Short-beaked Echidna ("") and various bat species are known to inhabit the park. s are found in the park, though they are not native to the Mount Lofty Ranges. Introduced and feral animal species are commonly sighted including: European Rabbits (""), Brown Hares (""), House Mice (""), Black Rats (""), Red Foxes ("") and deer (""). Cats and Dogs (probably domestic strays) have been recorded as well as numerous introduced bird species. As of 2006 rabbits are the most significant pest species in the park; destroying soil structure and impeding the regeneration of native plants.