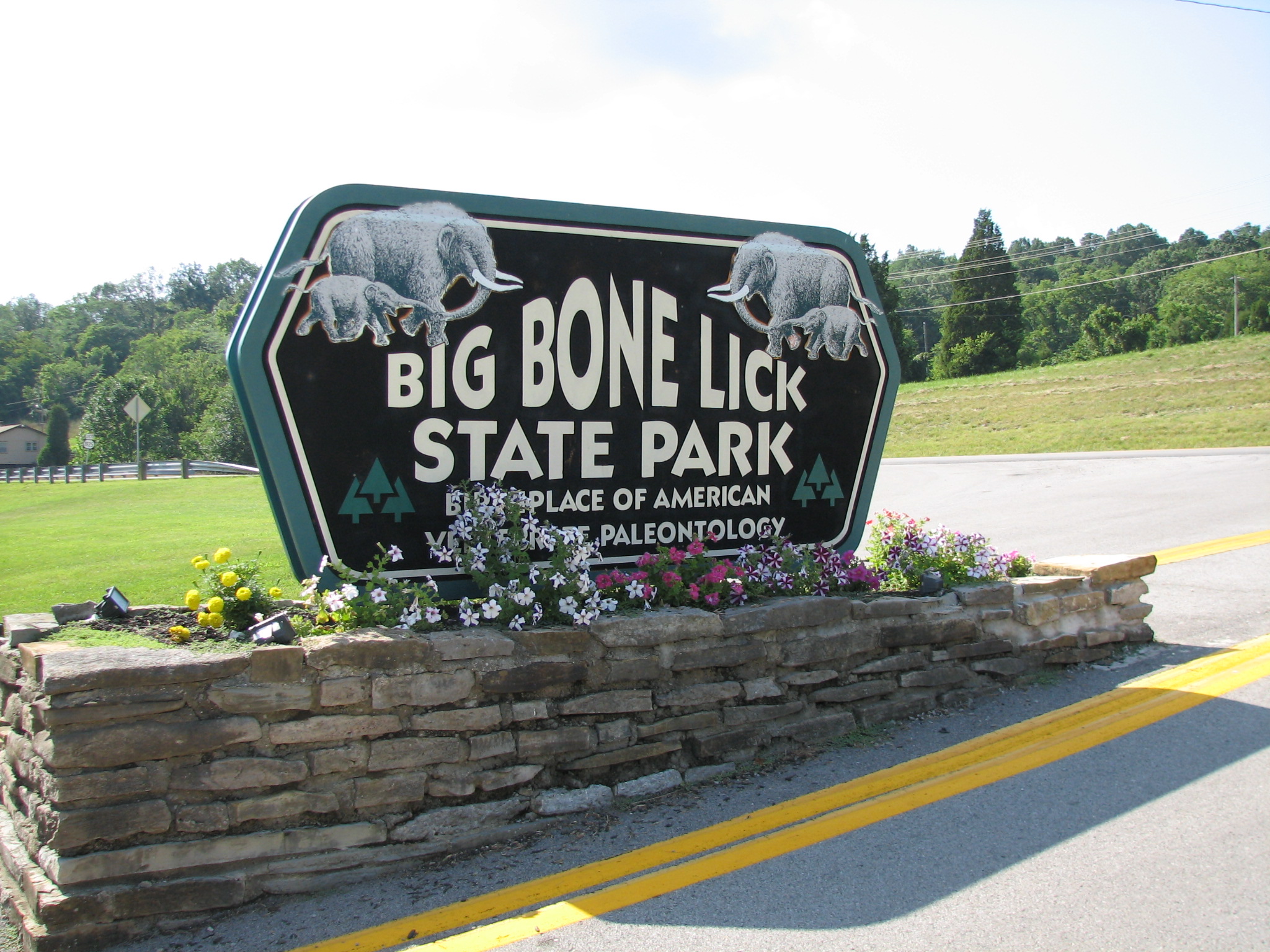 Big Bone Lick State Park is located at Big Bone in . It is located on Beaver Road and between the communities of Beaverlick and . The name of the park comes from the s found there. The s and other creatures are believed to have been drawn to this location by a . It bills itself as "the birthplace of American " a term which dates from William Clark's expedition in .

A new visitor's center was officially opened on , , but this was only the first stage of a much larger project now in quest of funding. The center features and a 1,000 pound skull as well as a gift shop. The park also features several nature trails, including one with recreations of some of the animals whose bones were discovered in the past. A small bison herd is also maintained on-site. Another attraction to many visitors is the amusing name, which some see as an .