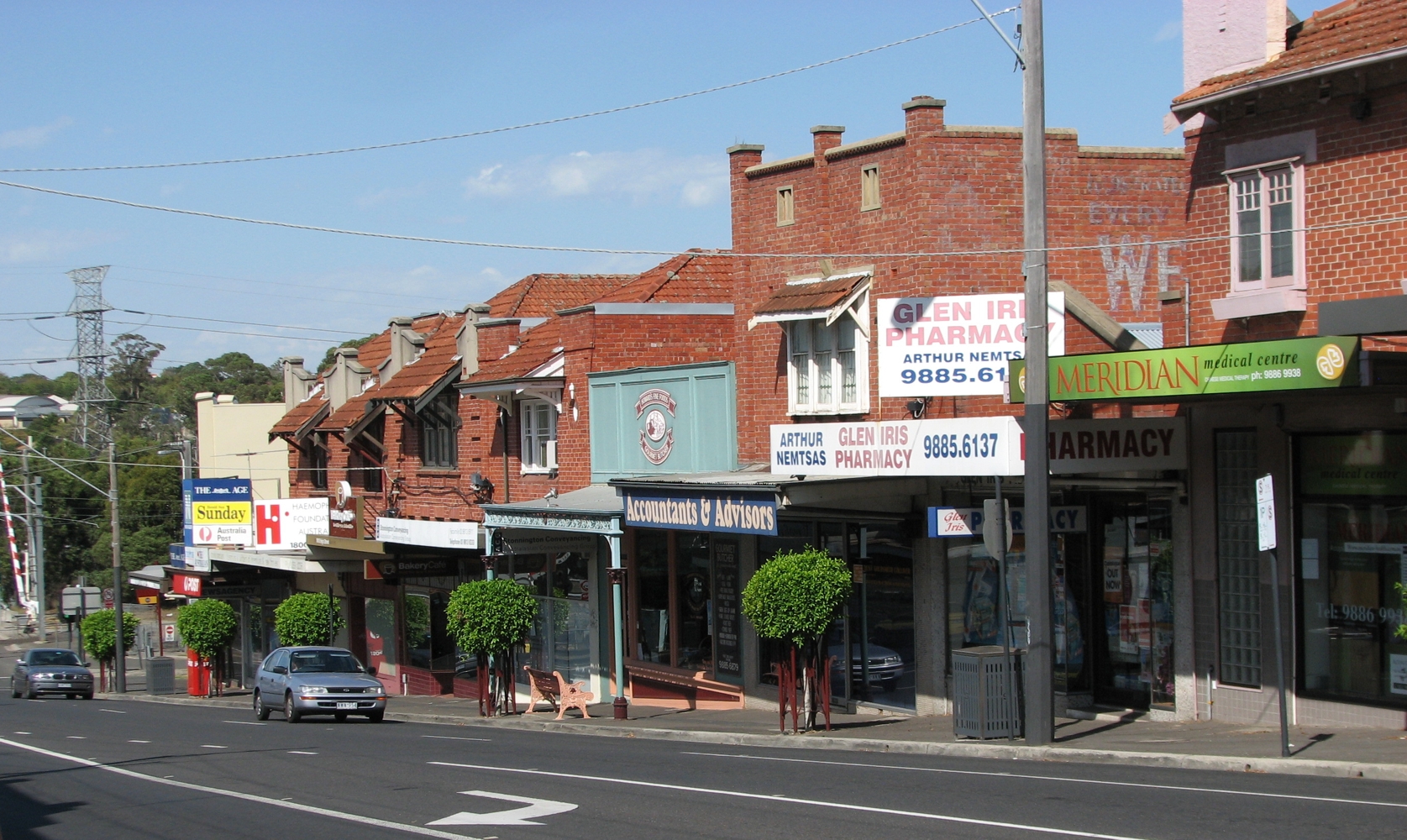 Glen Iris (postcode 3146) is a of , . It is split between two local municipalities: roughly three quarters lies in the , and the other quarter lies in the . At the 2006 Census, Glen Iris had a population of 23,270.

Captain Thomas Henderson of the Royal Navy arrived in Melbourne on a ship called "Iris" in 1850. He acquired a property bounded by Gardiners Creek, High Street and a line extending Summerhill Road to Gardiners Creek. The property was advertised for sale as "Glen Iris" in 1852. Robert Kent, a subsequent owner of the "Glen Iris" homestead, suggested a Mechanics Institute be established, but it was never completed. A Wesleyan church was established in 1865 and in 1871 land was granted for an adjacent school (now Glen Iris Primary School). By the 1880s reference was made to the Township of Glen Iris.

Recreational and sporting facilities include the Harold Holt Swim Centre, a track at Hill'n'Dale Park, Burwood District Club and a number of reserves and ovals, including Hartwell Sports Ground, Ferndale Park and T.H. King Oval. The Glen Iris wetlands were established by the former in 1989. [cite web|publisher=City of Stonnington|title=Glen Iris wetlands|accessdate=2008-07-17|url=http://www.stonnington.vic.gov.au/resources/documents/Glen_Iris_Wetlands_Fact_Sheet.pdf]

The former head office of (opened in 1986 on the site of the former Toorak Drive-In Theatre), now corporate office of Coles division, and the adjacent (under redevelopment) are located in the north-west corner of the suburb.

Two train stations on the Glen Waverley line, Gardiner and Glen Iris, lie within the suburb. Passing through the eastern part of Glen Iris is the Alamein train line, with Burwood station also within the boundaries of the suburb. (Glen Iris did not originally cover this far east, and this station and its surrounds were originally in the suburb of Burwood). Residents are also served by the numbers 5, 6, 72 and 75 tram routes, as well as the numbers 612 and 734 bus routes.