Collingwood is a town in Simcoe County, Ontario, Canada. Geographically, it is situated on Nottawasaga Bay at the southern point of Georgian Bay.

Collingwood was incorporated as a town in 1858, nine years before Confederation and was named after Admiral Lord Cuthbert Collingwood, Lord Nelson’s second in command at the Battle of Trafalgar, who assumed command of the British fleet after Nelson's death.

The land in the area was originally inhabited by the Iroquoian Petun nation, which built a string of villages in the vicinity of the nearby Niagara Escarpment. They were driven from the region by the Iroquois in 1650. European settlers and freed Black slaves, arrived in the area in the 1840s, bringing with them their religion and culture.

The area originally had several other names associated with it, including Hurontario (because it lies at the end of Hurontario Street which runs from Lake Huron — of which Georgian Bay is a part — south to Lake Ontario), Nottawa, and Hens-and-Chickens Harbour, because of one large and four small islands in the bay.

In 1855, the Ontario, Simcoe & Huron (later called The Northern) railway came into Collingwood, and the harbour became the shipment point for goods destined for the upper Great Lakes ports of Chicago and Port Arthur-Ft. William (now Thunder Bay). Shipping produced a need for ship repairs, so it was not long before an organized ship building business was created. On May 24, 1883, the Collingwood Shipyards, formerly known as Collingwood Dry Dock Shipbuilding and Foundry Company Limited, opened with a special ceremony. On September 12, 1901, the Huronic was launched in Collingwood, the first steel-hulled ship launched in Canada. The shipyards produced Lakers and during World War II contributed to the production of Corvettes for the Royal Canadian Navy. Shipbuilding was one of the principal industries in the town, employing as much as 10% of the total labour force. Overseas competition and over capacity in shipbuilding in Canada led to the demise of shipbuilding in Collingwood in September 1986. 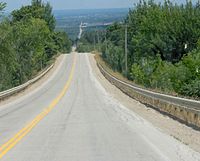 Today, Collingwood's industrial base, which includes Collingwood Ethanol L.P., Pilkington Glass of Canada, Goodall Rubber Company - Canada ULC, and VOAC Inc, and which are among the community’s largest employers, has begun to erode. Several industries in the area have closed in recent years, including Nacan Products (2004), Backyard Products (2004), Kaufman of Collingwood (2006), Goodyear Tires (2007), Alcoa Wheel products (2008) and the internationally-famous Blue Mountain Pottery (2004). Collingwood is also home to the distillery where Canadian Mist Whisky is produced.

In June 2007, Collingwood Ethanol (Now Amaizeingly Green)[1] began production in the former Nacan facility. The company expects to produce 50 million litres of ethanol annually to satisfy regulatory requirements on ethanol content in gasoline mandated by the provincial and federal governments. Collingwood Ethanol[1] also produces byproducts of the ethanol manufacturing process, including an organic corn gluten fertilizer. There is significant concern about the effects of ethanol production on the environment in the east end of Collingwood. Petitions have been submitted to the town by east end residents in an effort to force Collingwood Ethanol to reduce the amount of odour and noise that they are causing during the times when they are in full production. Despite there always being a strong odor and noise from that area (Nacan also emitted a strong, similar odor) a housing development was built across the road. The builders, no doubt, must have figured it wouldn't be long before the industrial area of Collingwood was no more and therefore, because of the shoreline, thought it was prime land to cram as many houses they could. These new residents started the complaints, causing much grief for the community. Having only come to Collingwood to retire, and not support the town over the years, they wouldn't have known not to buy a home in the industrial area.[2]

Collingwood has focused on establishing itself as a four-season tourist area. Located on the southern shores of Georgian Bay and located in proximity to Blue Mountain, a promontory of the Niagara Escarpment, the town has become the major recreation area for the southern part of the province. Blue Mountain itself is noted for skiing, and also for its Scenic Caves. The town is also a short distance from the popular Wasaga Beach Provincial Park, an attractive destination that received the title of Biosphere Reserve in 2004.

The Barrie-Collingwood Railway (BCRY) is a short-line railway operation involving a partnership between the City of Barrie, the Town of Collingwood, current shippers, CP Rail and the railway operator Cando Contracting Ltd.[3] The BCRY mandate is to provide rail service to all industries in and around Barrie and Collingwood.

Local media include the Collingwood Enterprise-Bulletin and Collingwood-Wasaga Connection community newspapers, and radio station CKCB-FM. The Barrie-based regional television station CKVR-TV, an A station, maintains a bureau in Collingwood, and the Owen Sound-based Bayshore Broadcasting radio group maintains an office in Collingwood. Collingwood is also known for its annual week-end Elvis Presley festival, which attracts Elvis impersonators from the world over in late July of each year. 2009 marks the fifteenth anniversary of the Elvis Festival.

Collingwood is served by Highway 26, which runs along the shore of Nottawasaga Bay, and county road 124 (which was part of Highway 24 before the provincial government downgraded that portion of the highway in 1998). The town is also served by a rail trail along a former CN Rail line, connecting Collingwood to the towns of Owen Sound and Barrie, with a spur heading north through the town's central business district, to the large grain elevators at the downtown wharf, where trains would formerly load and unload onto ships.

The town of Collingwood started a public transportation initiative in 2007.

In addition to Collingwood's position as a lake port, it is also served by Collingwood Airport (CNY3), a medium-sized airport located about 4 miles (7.4 km) south of the town.