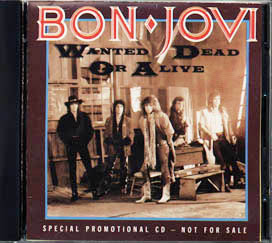 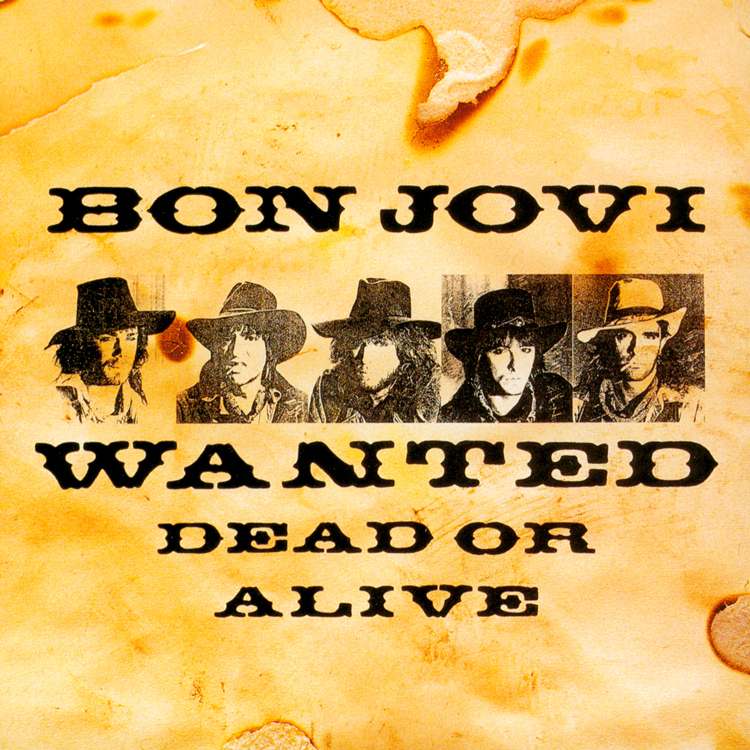 Lower caption = Japanese Cover "Wanted Dead or Alive" is a song from 's 1986 album "". The song was written by and and was released in as the album's third single. The song peaked at #7 on the Billboard Hot 100 chart, making it the third single from the album to reach the Top 10 of the Hot 100. Slippery When Wet was the first hard rock album ever to have 3 top 10 hits on it.

The song's title pays homage to Jon's admiration for Old West heroes, and how he identifies with them as being hated (wanted dead or alive). On the band's "" special on , it is even revealed that the band had originally planned to do an -themed album in the 1980s, but scrapped the idea. Jon Bon Jovi said during a concert in Detroit, Michigan on February 20, 2008 that the song "absolutely positively was influenced by [Bob Seger| [Bob] Seger's] 'Turn the Page.' " [ [http://www.youtube.com/watch?v=ioZ7h2qFbNU] Jon Bon Jovi talks with Richie Sambora and the audience about Bob Seger]

The song was prominently featured in "El Viejo", a 1986 episode of "Miami Vice", featuring Willie Nelson as a retired Texas Ranger.

The song can be considered a precursos to Bon Jovi's full length, 2007 album "Lost Highway"

The video for the song is black and white and features footage from the band's massive 1986-1987 world tour, including shots from 's , 's , and other venues. The video strongly captures the grueling life-on-the-road feeling, with several shots of the exhausted band members on their mammoth 1986-87 Slippery When Wet World Tour.

The audio for the video is slightly different from the one on the album - specifically at the end, where instead of Jon singing "I'm a cowboy, I got the night on my side, I'm wanted dead or alive," the music simply fades out.

performed the song in the sixth season of "". In 2006, the song was covered by in the fifth season and later by Daughtry on "" CD. His version went to #43 on the the first week of its release. He had also managed to beat out ' version of "" which debuted at #69 that same week.

also performed a cover of the song on his 2005 album "Anywhere But Here".

covered the song on the 2001 album "Dancin' With Thunder: The Official Music of the PBR".

In 2004, sampled the song for the track of his album, "". The song was moderately successful in the underground scene.Fact|date=October 2007

* A shortened, lyric-reduced version of the song is used as the opening theme for the US version of 's TV show about crab fishing, .

* The song is heard in the episode "El Viejo."

* Used in the opening of

* In an episode of sketch comedy show featuring as the host and musical guest the song is referenced in the sketch where Vinny Vedecci confuses the line "on a steel horse I ride!" with Jon actually riding on a robotic horse.

* In the 11th episode of the 2nd season of the television show entitled "," Roger uses the line "I've seen a million faces and I've rocked them all" after a performance with the band he stole from Steve.

* The song is featured in the movie when John Travolta's character steals a motorcycle back from a bike gang.

* In Scooby-Doo 2: Monsters Unleashed, near the end of the movie.

*This song is featured as playable content in the video game .

*Featured in the TV series , in the third season finale "No Rest for the Wicked". Characters Sam and Dean Winchester sing along to a portion of the song.