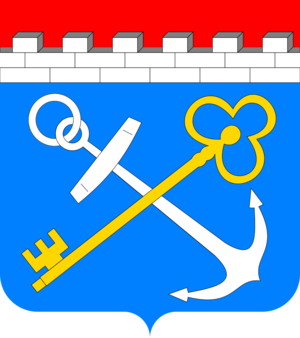 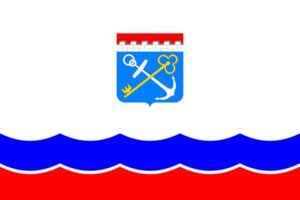 Leningrad Oblast ( _ru. Ленингра́дская о́бласть, "Leningradskaya oblast") is a federal subject of (an ). It was established on , , although it was not until 1945 that the oblast's borders had been mostly settled in their present position. The oblast was named after the city of . [A previous name of Saint Petersburg in 1924–1991 in honor of . Leningrad Oblast retained its name in 1991 after a referendum, while its namesake city was renamed back to Saint Petersburg.] Known after 1991 as Saint Petersburg, it is the administrative center of the oblast, although it constitutes a separate federal subject (a federal city) and has been administratively separate from the oblast since 1931. The first governor of Leningrad Oblast was (in 1996-1998). Since 1999 he has been succeeded by .

In the 12th-15th century the territory was divided between the and (see ) and mostly populated by (northwest), and (west), (east) and Novgorodian (south). During the of the 15th-17th centuries the border moved back and forth over the land.

The central part of the territory is known as the historical region of and in the 17th century, after most of the present-day territory of Leningrad Oblast was once again gained by Sweden with the of 1617, became subject to substantial Finnish Lutheran population influx from (which included , the northwestern part of present-day Leningrad Oblast) and . soon became the dominant ethnic group.

During the (1700-1721) the territory of Leningrad Oblast was captured from Sweden by under Peter I, who founded amidst the land in 1703, which soon became the capital of the . In 1708 most of the territory was organized into the under Governor General . It was renamed Saint Petersburg Governorate in 1710 (Borders of the governorate, however, differed very significantly from those of the present-day oblast). In 1721 the territorial concessions of Sweden were confirmed with the .

The life of the countryside was greatly influenced by the vicinity of the imperial capital, which became a growing market for its agricultural production as well as the main consumer of its mineral and forest resources. In 1719-1810, was dug between the and the as part of the Volga-Baltic waterway to bypass stormy waters of . Since the advent of the rail transport in the late 19th century, the vicinity of Saint Petersburg has been a popular summer resort () place for its residents. However, while Saint Petersburg itself from the very beginning was populated mostly by Russians, it wasn't until the 20th century that its surroundings were russified.

In 1914 with the beginning of the governorate was renamed Petrograd Governorate after its namesake city. After the Russian Revolution, in 1918 the capital was transferred from Petrograd (how Saint Petersburg came to be named in 1914) to , farther from the borders of the country. In 1919 during the the Northwestern advancing from Estonia and led by tried to capture Petrograd and even managed to reach its southern outskirts, but the attack against the Red Army under ultimately failed, and Yudenich retreated back. The border with Estonia was established in the Russian-Estonian Treaty of Tartu of 1920. Ingrian Finns of attempted to secede in 1918-1920, but were incorporated back with the Russian-Finnish Treaty of Tartu, which settled the border between Finland and Soviet Russia. In 1924 Petrograd Governorate was renamed to Leningrad Governorate, again after its namesake city.

In the fall of 1934 the Forbidden Border Zone along the western border of the Soviet Union was established, where nobody could appear without special permission issued by . It was officially only 7.5 km deep initially, but along the Estonian border it extended to as much as 90 km. The zone was to be free of Finnic and some other peoples, who were considered politically unreliable.

On November 30, 1939, the Soviet Union waged the against neighboring Finland and with the in 1940 gained some territories, including . Their Karelian population was hastily evacuated to inner Finland and later replaced with people from other parts of the Soviet Union. A small part of the territory (the districts of , Koivisto and ) was incorporated into Leningrad Oblast, the rest being included within the .