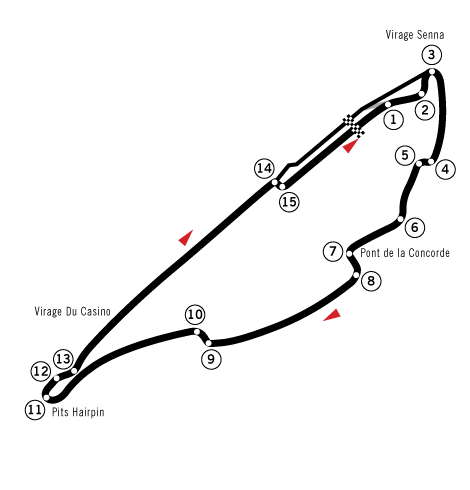 Fernando Alonso took yet another win and increased his championship lead over Michael Schumacher, who finished second after passing Kimi Räikkönen with two laps remaining after the Finn ran wide.

There was problems at the start when the two Midland cars collided at the tight hairpin on Lap 1, before Juan Pablo Montoya and Nico Rosberg collided on Lap 2 (which necessitated bringing out the safety car). Rosberg was out, while Montoya continued until he hit the wall later on.

Schumacher was trapped behind Trulli for a long time before he finally got past, but by then Alonso had gained a considerable lead over him.

However, with just a handful of laps left the safety car was back out again when home-town hero Jacques Villeneuve crashed into the wall while trying to lap a slow Ralf Schumacher who himself eventually retired.

Räikkönen, who was 2nd in the snack of cars behind the safety car, was unable to take advantage of closing up to Alonso due to the presence of back-markers in front of him. He lost to Michael Schumacher at the end.