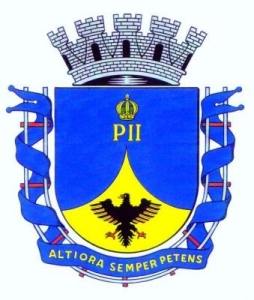 Petrópolis, also known as The Imperial City of , is a town in the state of Rio de Janeiro, about 65 km from .

Nestled among the forested hills of the , in the valley of the Quitandinha and Piabanha rivers, Petrópolis is a popular summer holiday spot. Besides the climate and surroundings, the main attraction is the former Summer Palace of the second Brazilian Emperor, which is now a museum, specializing in Imperial history and memorabilia.

Petrópolis is home to the National Laboratory for Scientific Computing (LNCC), a research unit of the Ministry of Science and Technology of the Brazilian Federal Government.

The town's name ("city of Peter") honors Pedro II, the nation's second monarch. The city was the summer residence of the Brazilian Emperors and s in the 19th century, and was the official capital of the state of Rio de Janeiro between 1894 and 1903.

The town's origins can be traced to Bernardo Soares de Proença, who in 1720 opened an alternative route between Rio de Janeiro and , across the . While traveling to Minas Gerais along this route, Emperor Pedro I found the region's climate pleasant, so in 1830 he bought a farm, and had his Summer Palace built there, but he never saw it finished, since he stepped down from the trone. Other Brazilian aristocrats eventually followed suit.

Under his successor Pedro II, German farmers from the were encouraged to immigrate and to settle on the Emperor's outlying lands, to help give the Palace a charming urban setting. The settlement of Petrópolis was founded on , , being promoted to in 1844 and finally in 1857. The road connecting the city to was opened in 1910 and paved in 1928.

On a visit at the , Pedro II was impressed by 's new , and had a line installed between the Summer Palace and the farm headquarters. Even after the establishment of the Republic and the exile of the Imperial family in 1889, the city continued to play a significant role in Brazilian history. In 1903 the Palace of Rio Negro saw the signing of a peace treaty with Bolivia, which gave Brazil the Acre territory. In , , the opened there the Conference for the Maintenance of Peace and Security in the Continent, from which derived the .

* and his wife spent their final year in Petrópolis before committing suicide in 1942.
*Petrópolis is the birthplace of
*The city was featured very briefly in the TV program "" Series 1 episode 1 (The emperor's crown) and showed the children looking around the Imperial Museum in the palace.
*, the 6th Prince of Grão Pará, was the founder of the Petrópolis branch of the .
*The city hosted the 1973 Championship, which was won undefeatedly by Brazilian grandmaster .
*The house of aviation pioneer , which is now a museum, is located in Petropolis.
*, co-winner of the 1960 Nobel Prize in Physiology or Medicine, was born in Petropolis. He was a British citizen.