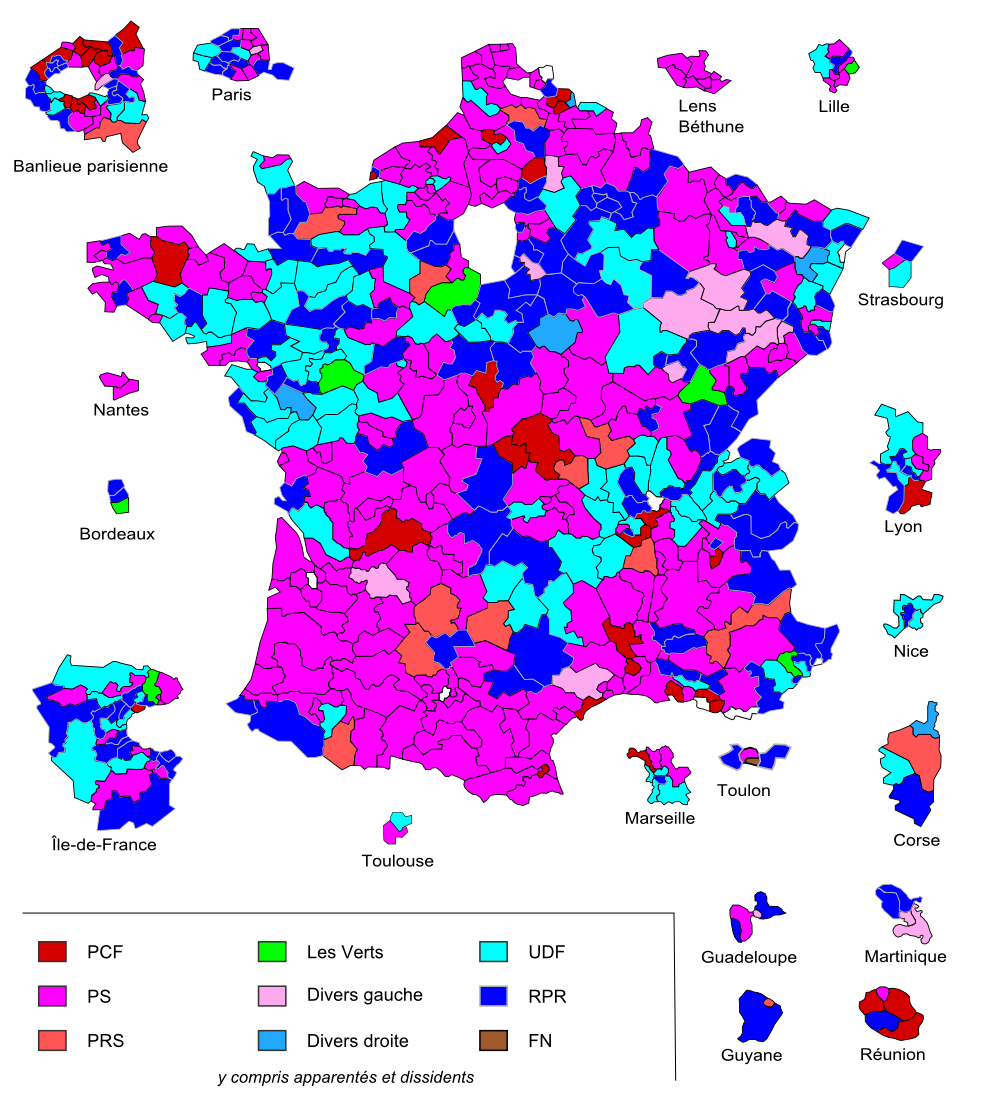 In March 1993, the right obtained a large victory in the legislative election and a comfortable parliamentary majority. Two years later, the RPR leader Jacques Chirac was elected in promising to reduce the "social fracture". However, the programme of welfare reforms ("Plan Juppé") proposed by his Prime Minister caused a social crisis in November and December 1995. The popularity of the executive duo decreased.

In spring 1997, President Chirac tried to take the left-wing opposition by surprise by breaking up the National Assembly. The first polls indicated a re-election of the right-wing majority. The "Plural Left" coalition, composed of the Socialists, the Communists, the Greens, the Citizens' Movement and the Left Radicals, proposed a program of social reforms to reduce unemployment, limiting the length of the work week to 35 hours. Alain Juppé's unpopularity may have made the left's win easier.

After he was blamed for the situation, Alain Juppé announced he would resign even if the right kept their majority in the National Assembly after the second round. For all that, the "Plural left" obtained the majority of the seats. However the Socialist Party needed its allies to form a majority. For the first time, the ecologists are represented in the Parliament. The participation of National Front's candidates in the second round increased the defeat of the "Presidential majority".

This was the first time since 1877 that a lost a legislative election which he had called. The Socialist leader became Prime Minister of the third "cohabitation". It finished with the .