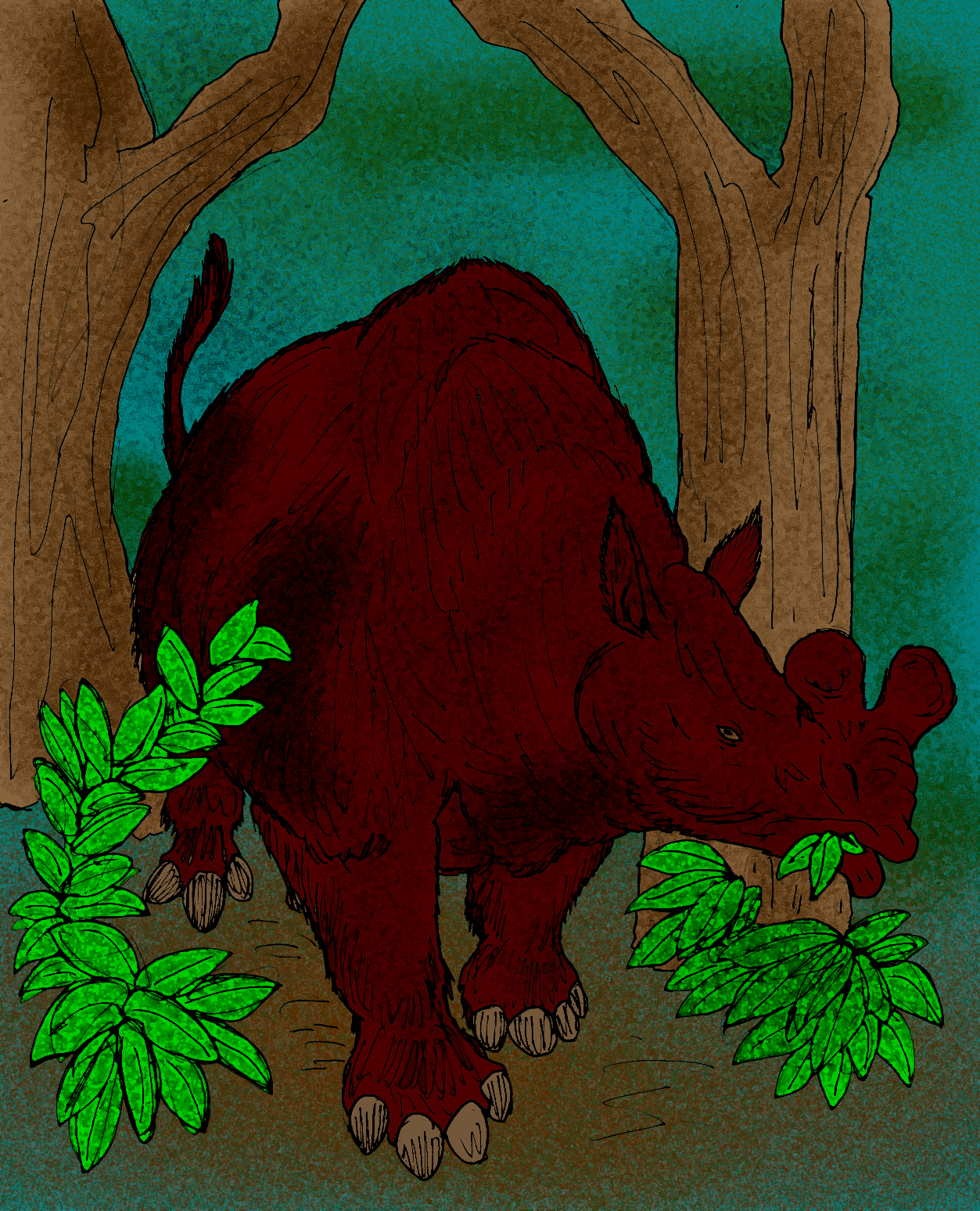 "Brontops", BRON-tops ('thunder face') is an extinct genus of -like mammal.

A typical brontothere, "Brontops" was a huge -like creature standing 2.50 m (8 ft 4 in) tall at the shoulder, though the species "B. dispar", could be about the size of a modern-day white rhino. It looked similar to the better known "", possessing the same pair of blunt, horn-like protrusions on its snout, though they were considerably shorter. According to Mihlbachler et al. 2004, "Brontops" was subsumed into genus "".

The skeleton of an adult male was found with partially healed fractures and supports the theory that males used their 'horns' to fight each other. No creature living in "Brontops"'s time and area except another "Brontops" could have inflicted such an injury. The breathing movements prevented the fractures from completely healing. The adults may have also used their horns to defend themselves and their calves from predators, such as s or s.

* Two "Brontops" were featured in the family film "Ice Age". A younger individual appeared in "".