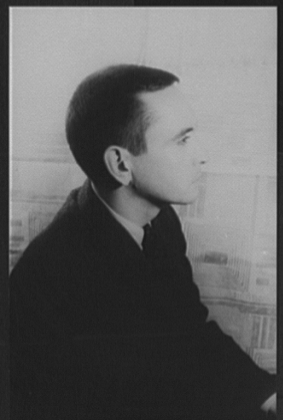 Edward Franklin Albee III (pron-en|ˈɔːlbiː "AWL-bee"; born March 12, 1928) is a three time winning American playwright known for works including "", "", "The Sandbox" and "The American Dream". His works are considered well-crafted and often unsympathetic examinations of the modern condition. His early works reflect a mastery and Americanization of the that found its peak in works by European playwrights such as , , and . Younger American playwrights, such as Pulitzer Prize-winner , credit Albee's daring mix of theatricalism and biting dialogue with helping to reinvent the post-war American theatre in the early 1960s. Albee's dedication to continuing to evolve his voice &mdash; as evidenced in later productions such as "" (2000) &mdash; also routinely marks him as distinct from other American playwrights of his era.

According to "Magill's Survey of American Literature" (2007), Edward Albee was born somewhere in (contrary to the popular belief that he was born in ). He was adopted two weeks later and taken to . Albee's adoptive father, — himself the son of magnate — owned several theaters, where young Edward first gained familiarity with the theatre as a child. His adoptive mother was Reed's third wife, Frances.

Albee left home for good when he was in his late teens, later saying in an interview: "I never felt comfortable with the adoptive parents. I don't think they knew how to be parents. I probably didn't know how to be a son, either." [ [http://www.achievement.org/autodoc/page/alb1int-1 Edward Albee Interview, Academy of Achievement, June 2, 2005 ] ] More recently, he told interviewer that he was "thrown out" because his parents wanted him to become a "corporate thug", and didn't approve of his aspirations to become a writer. [Albee interview on "The Charlie Rose Show," May 27, 2008]

The less than diligent student later dedicated much of his time to promoting American university theatre, frequently speaking at campuses and serving as a distinguished professor at the from 1989 to 2003.

Albee is the President of the , which maintains the William Flanagan Creative Persons Center, a writers and artists colony in . Albee's longtime partner, Jonathan Thomas, a sculptor, died on May 2, 2005, the result of a two year-long battle with .

In 2008, in celebration of his eightieth birthday, numerous Albee plays are being mounted in distinguished venues, including the historic , where the playwright himself is directing two of his one-acts, "The American Dream" and "The Sandbox," which were produced at the theater in 1961 and 1962, respectively.

*"What could be worse than getting to the end of your life and realizing you hadn't lived it?"
*"A usefully lived life is probably going to be, ultimately, more satisfying." [ [http://www.achievement.org/autodoc/page/alb1int-6 Edward Albee Interview - page 6 / 6 - Academy of Achievement ] ]
*"Writing should be useful. If it can't instruct people a little bit more about the responsibilities of consciousness there's no point in doing it."
*"If you're willing to fail interestingly, you tend to succeed interestingly."
*"That's what happens in plays, yes? The shit hits the fan."
*"Creativity is magic. Don't examine it too closely." [ [http://www.nytimes.com/2007/11/11/theater/11gree.html?ref=arts Edward Albee - Me, Myself & I - Peter and Jerry - Theater - New York Times ] ]