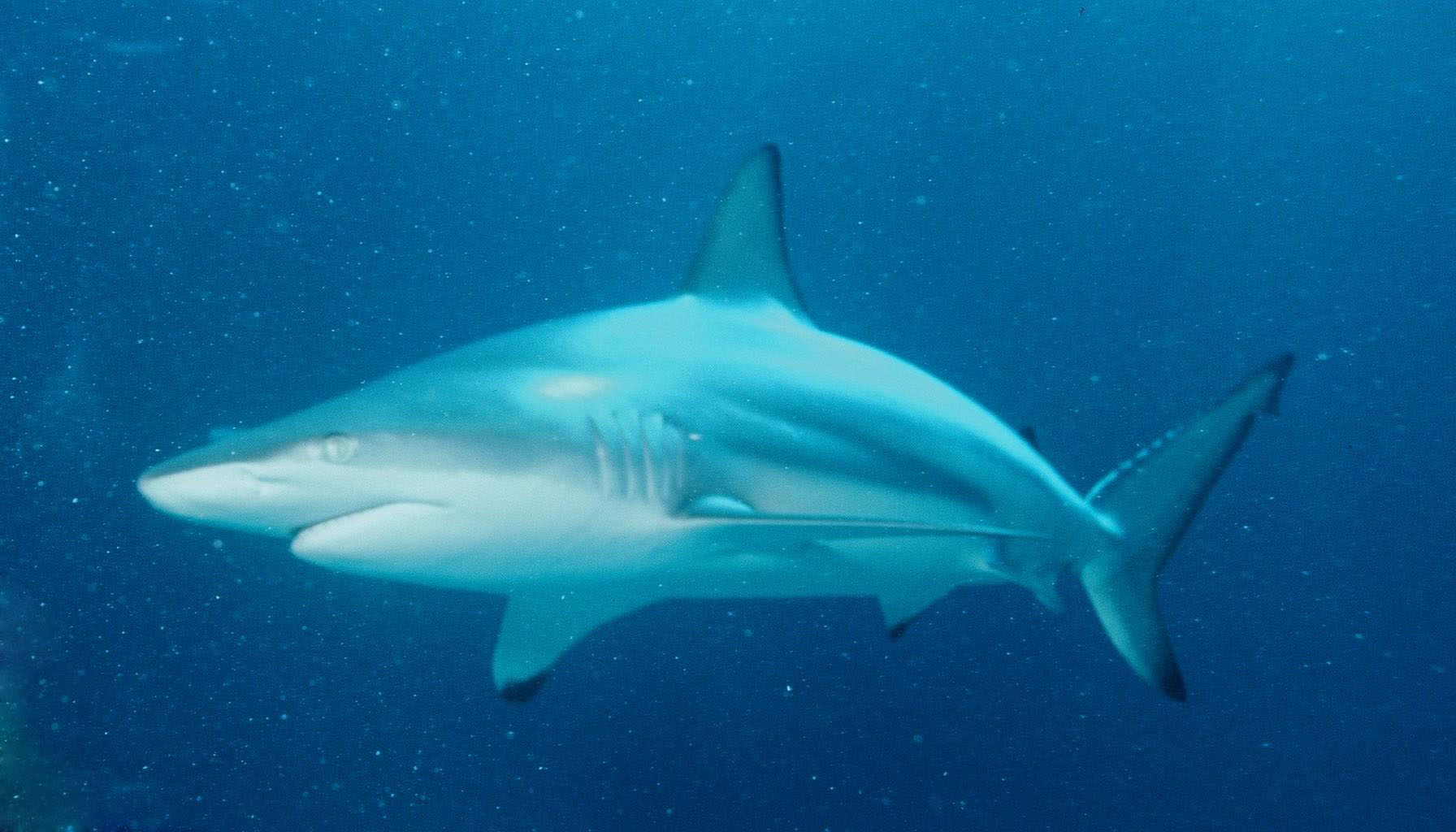 The blacktip shark, "Carcharhinus limbatus", is a large , native to the continental and insular shelves of tropical and warm temperate seas around the world.

The blacktip is a large fairly stout shark, grey in colour, normally with black-tipped fins. It has a long, narrow, pointed snout, long gill slits, a large first and fairly large second dorsal.

Like its close relative the , "C. brevipinna", the blacktip shark is a fast swimming shark capable not only of breaching, or leaping out of the water, but also of rotating (spinning) several times before re-entering the water. Some consider it non-aggressive and unlikely to attack humans without stimulus, but it is blamed for the majority of shark bites in numbering several dozen a year [ [http://www.timesonline.co.uk/tol/news/world/us_and_americas/article4333715.ece Blacktip shark snapped in photo of surfer off New Smyrna Beach, Florida] ] .

There is some evidence of segregation with some populations showing separation between groups of adult males and non-pregnant females on the one hand and pregnant females and young on the other.

Blacktip sharks feed mainly on a wide range of bony fish: s, , , jacks, and Spanish mackerel, among others; the young of other sharks including s; and some s and s.

The blacktip shark is and has a yolk-sac placenta with 1 - 10 pups per litter (4 - 7 as a mean figure). The period is believed to be 10 to 12 months and females are thought to breed every other year.

Scientists have recently confirmed that females of the species are capable of , or reproduction without fertilization by a male. [" [http://www.cnn.com/2008/US/10/10/shark.virgin.birth.ap/index.html DNA test proves it -- baby shark has no father] ", CNN, 10 Oct 2008]

Its flesh is used fresh, dried or salted for consumption, its hide is used for leather and its liver for oil. It is occasionally taken as a game fish and often by shore anglers. It has not been indicated in unprovoked attacks against humans but is potentially dangerous.