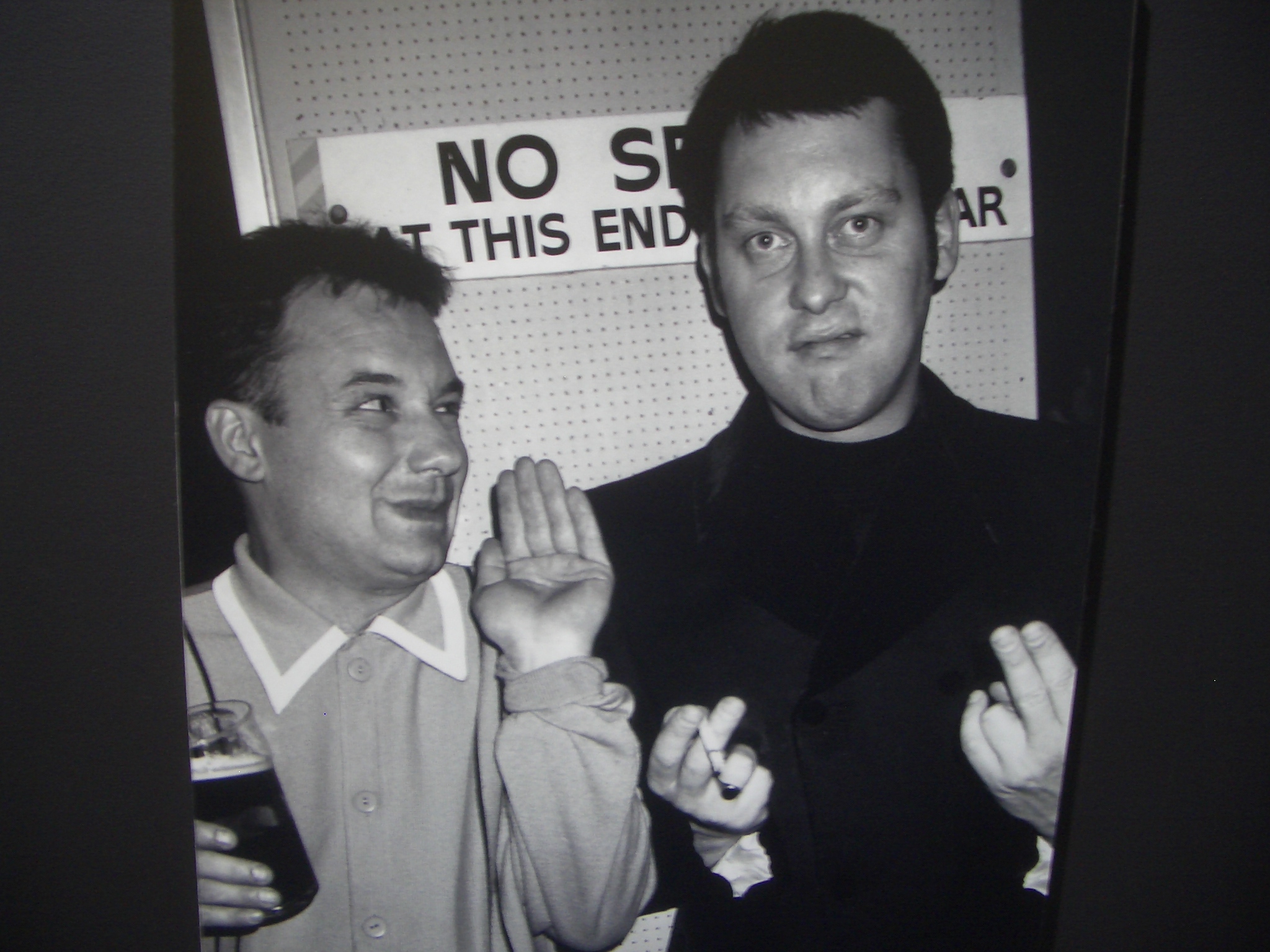 Robert "Bob" Renwick Mortimer (born , in , ) is a British and , who is best known for his with (see ). He owns the independent production company with Vic Reeves and Lisa Clark.

Mortimer's biscuit salesman father died when he was very young in a car crash, and as a result, he and his three brothers were brought up by their mother, Eunice. He attended Acklam High School on the site of in , Middlesbrough. He trialled for local professional football club Middlesbrough, but was not able to take the sport up due to . He left school with three A-levels and went on to study law at the Universities of Sussex and Leicester. There, Mortimer became involved in political causes and the punk movement, starting a band called Dog Dirt. After leaving university with an LLM in Welfare [http://www.le.ac.uk/la/pg/ Law] , he moved to and became a for Southwark Council. He then moved to a private practice.

In 1986, in an attempt to drown his sorrows after finding his girlfriend in bed with a Hells Angel, Mortimer met up with an old friend who persuaded him to go to the Goldsmith's Tavern in , London to see a new show by someone called Vic Reeves. Mortimer was impressed by the performance, particularly the character Tappy Lappy, which was Reeves attempting to tap dance whilst wearing a mask and planks on his feet. Mortimer approached Reeves after the show, and the two began writing material for the next week's show together. They also became good friends, even forming a band called The Potter's Wheel. Mortimer began to perform on the show, which was christened "", creating such characters as the Singing Lawyer, Graham Lister, Judge Nutmeg, and the Man With the Stick.

The show became very successful in south London and eventually outgrew Goldsmith's Tavern, moving in 1988 to the Albany Empire in . Mortimer soon became an integral part of the performance, providing him with a weekly break from the legal work which had begun to disillusion him.

Mortimer and Reeves made their television debut on the short-lived 1989 comedy/chat show "One Hour with ", in the game show segment known as "".

Later that year they made their first television pilot together, "Vic Reeves Big Night Out", in late 1989. The television show remained true to the nightclub act's variety show format. Bob took a 10-week break from his legal job to film the series and never returned.

In 2003, Mortimer and Reeves were listed in as one of the 50 funniest acts in British comedy. In a 2005 poll to find "", they were voted the 9th greatest comedy act of all time by fellow comedians and comedy insiders.

On , , Reeves announced that he and Mortimer were working together on a new sitcom about super heroes who get their powers through a malfunctioning telegraph pole.

* In 1997, in collaboration with , Bob recorded Rea's hit "Let's Dance" with his favourite football team, . The single reached #44 in the UK charts.

* He produced and presented the second match, "The Fight", a year later, which saw face .

* In 2005, he hosted his first major TV series without , a comedy for , called "", which featured regular guests such as .

* Mortimer is now penning his first novel, provisionally titled "Have Her Over My Hedge (You've Never Trimmed It)", with .

* He is currently writing a sitcom for the BBC, which will star and .

Mortimer is married to Lisa Matthews and has two children, Harry and Thomas.He lives in Kent, in a partially sunken house (ground floor, first floor, basement, sub-basement and bunker), which he purchased from the estate of in 2001.

Mortimer suffers from , which gives him great pain when he is stressed, especially before making a TV series or embarking on a tour. On those occasions, he controls the illness with s. [cite web
title = Bob Mortimer – my battle with arthritis
work = Magazine column
url=http://www.bbc.co.uk/pressoffice/bbcworldwide/worldwidestories/pressreleases/2002/02_february/radiotimes_bob_mortimer.shtml
publisher = original: "My Kind of Day" column, reporoduction: bbc.co.uk Press Office
accessdate=2007-10-24 ]