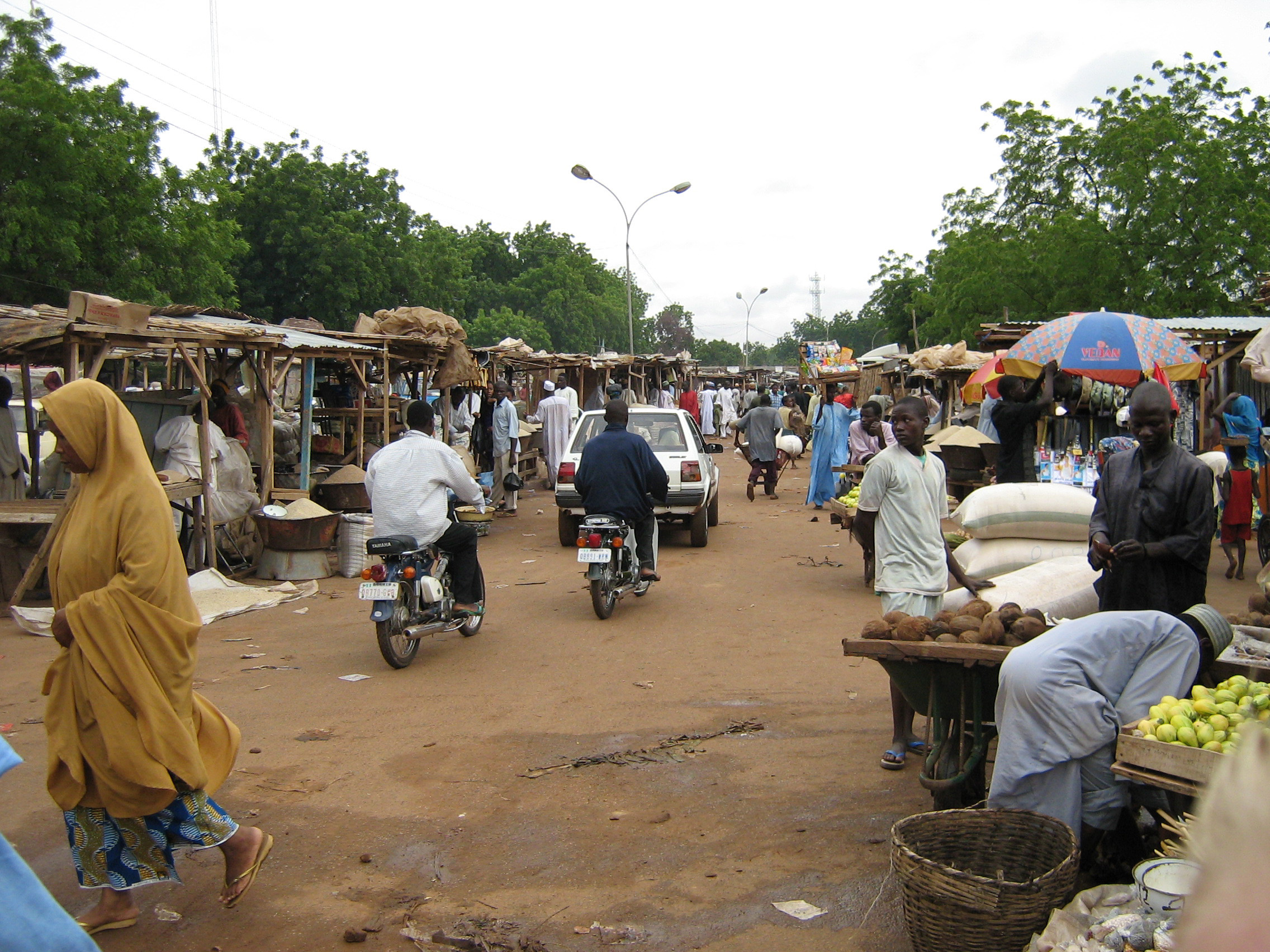 Sokoto is a city located in the extreme northwest of , near to where the and meet. As of 2006 it has a population of 583,039 [http://www.bevölkerungsstatistik.de/] . Sokoto is the modern day capital of (and its predecessor, the Northwestern State).

The name Sokoto (which is the modern/anglicised version of the local name, "Sakkwato") is of Arabic origin, representing "suk", 'market'. It is also known as "Sakkwato, Birnin Shaihu da Bello" or "Sokoto, Capital of Shaihu and Bello").

Being the seat of the , the city is predominantly Muslim and an important seat of Islamic learning in Nigeria. The Sultan who heads the caliphate is effectively the spiritual leader of Nigerian Muslims.

Originally the capital of the kingdom of , established around the 10th century, Sokoto was one of the seven walled . In the 13th century, Islam arrived from the north by way of the trans-Saharan caravan routes.

In 1809, Fulani chief and ic leader chose Sokoto as the capital of the

Since its creation as a state in 1976, Sokoto state has been ruled by governors, most ex-military officers, who succeeded each another at short intervals.

Sokoto, as a region, knows a longer history. During the reign of the Fulani Empire in the 19th century Sokoto was an important Fula state, in addition to being a city, of what was then west central Sudan.

From ca. 1900, with the British take-over, Sokoto, which then encompassed the entire north-west corner of Nigeria, became a province of the British protectorate of Nigeria. Not long after Gando was added as a sub-province. This double province then covered an area of 35,000 square miles (90,000 km²) with an estimated population over 500,000. It included the then Zamfara and Argunga, or Kebbi, kingdoms.

In the year 2000, Islamic was introduced in several northern states of Nigeria including Sokoto State. While in principle these Islamic laws exclusively apply to Muslims, they've had consequences for all the Sokoto residents, such as, the ban on selling alcohol and the closure of film theaters in the State.

Sokoto is in the dry surrounded by sandy and isolated hills.

With an annual average temperature of 28.3°C, Sokoto is one of the hottest cities in the world, however the maximum daytime temperatures are most of the year generally under 40°C, and the dryness makes the heat bearable.

The region's lifeline for growing crops is the floodplains of the Sokoto-Rima river system, which are covered with rich . For the rest, the general dryness of the region allows for few crops, perhaps being the most abundant, complemented by maize, rice, other cereals, and beans.

Sokoto is probably best known for its Islamic spiritual and educational environment, housing the Sultan's Palace, the large as well as numerous other mosques in the region. In Sokoto, recreational facilities are scarce and much of the social life revolves around activities in mosques and churches.

Sokoto is also well known for its large market, where traders, farmers, craftsmen and just about anyone offer their goods in hundreds if not thousands of small stalls. The more noteworthy products sold here are leather goods and camels. In April 2006, the previously well-organized market burned down.

The city furthermore has one university, one polytechnic, one college of education and an airport 10 km south of the city.

Sokoto, like much of the region gets most of its power from the , some 200 km southwest of Sokoto. The Nigerian power authority (NEPA), which provides electricity in the country, is often humorously spelled out as 'Never Expect Power Always' and the certainly applies to Sokoto. Power outages are a daily occurrence, often lasting for hours or longer. Many customers have electricity for a limited number of hours a day, and many are not connected to the grid at all. Due to the low reliability of power, many businesses have a reserve generator they employ during outages.

Running (cold) water is widely available, though as with electricity it is often restricted to certain hours a day.

The city has a sewer system. As in much of Nigeria, there is inadequate organized garbage collection, and plastic refuse litters the streets everywhere.

Sokoto lacks a public transport system. Transport within the city (when not by foot) is mainly by mopeds which operate as one-person taxis. Buses and taxis are infrequent and are generally only used for transport between cities.

10 km south of Sokoto there is an international airport with regular connections to , and .

In August 2008, an agreement was signed for the construction of a cement works in Sokoto.