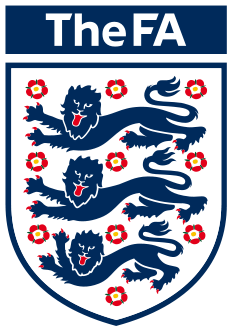 The Football Association, also known as simply The FA, is the governing body of football in and the Crown Dependencies of , and the . The FA has a unique place in the history of football.

The FA is a member of and , and holds a permanent seat on the (IFAB). Unlike other national football associations, it does not take the national name (ie. English) in its title (compared to the , for example).

All of England's professional football clubs are members of the Football Association. The FA is responsible for the appointment of the management of the England men's and women's national teams and the organization of the (the nation's most prestigious cup competition). Although it does not run the day-to-day operations of the country's top league, the , it has veto power over the appointment of the league Chairman and Chief Executive and over any changes to league rules. [cite web | url = http://www.premierleague.com/fapl.rac?command=setSelectedId&nextPage=enSimpleStories&id=2851&type=com.fapl.website.stories.SimpleStories&categoryCode=Who%20We%20Are&breadcrumb=about_breadcrumb | title = The Premier League and Other Football Bodies | publisher=Premier League |accessdate = 2007-05-17] , England's second tier league, consisting of The Championship, League One and League Two, is self-governing.

The game is controlled at the local level, by 43 s affiliated to The Football Association but with responsibilities for organising and running football activities in their area. The Jersey, Guernsey, and Isle of Man Football Associations are organised as County Football Associations below the FA. [cite web |url=http://www.thefa.com/GrassrootsNew/CountyFA/ |title=The Regional Structure |accessdate=2007-09-19 |work=FA.com website ] A hierarchy of leagues operates throughout the game, each taking responsibility for the administration of their own activities, such as membership, fixtures and registrations.

The FA owns and runs both and the (The National Football Centre is currently under construction with a target for completion set for 2010).

The founding members present at the first meeting were Barnes, Civil Service, Crusaders, Forest of Leytonstone (later to become Wanderers) , N.N. (No Names) Club (Kilburn), the original Crystal Palace, Blackheath, Kensington School, Percival House (Blackheath), Surbiton and ; Charterhouse sent their captain, B.F. Hartshorne, but declined the offer to join. Many of these clubs are now defunct or play .

Central to the creation of the Football Association and modern football was . He was a founding member of the Football Association in 1862. In 1863, as captain of the Mortlake-based club, he wrote to "Bell's Life" newspaper proposing a governing body for the sport that led to the first meeting at the Freemason's Tavern that created the FA. He was the FA's first secretary (1863-6) and its second president (1867-74) and drafted the Laws of football that determine the way the game is played today across the globe at his home in . As a player, he played in the first ever match in 1863. He is, therefore, considered the father of Association Football.

The first revision of the rules for the modern game was drawn up over a series of six meetings held in the social room of the public house from October till December. At the final meeting, F. M. Campbell, the first FA treasurer, and the representative from Blackheath, withdrew his club from the FA over the removal of two draft rules at the previous meeting, the first which allowed for the running with the ball in hand and the second, obstructing such a run by hacking (kicking an opponent in the shins), tripping and holding. Other English rugby clubs followed this lead and did not join the FA but instead in 1871 formed the . The term "soccer" dates back to this split to refer to football played under the "association" rules.

An inaugural game using the new FA rules was initially scheduled for on , but enthusiastic members of the FA couldn't wait for the new year and an experimental game was played at Mortlake on between Morley's Barnes team and their neighbours Richmond (who were not members of the FA), ending in a goalless draw. The Richmond side were obviously unimpressed by the new rules in practice because they subsequently helped form the Rugby Football Union in 1871. The Battersea Park game was postponed for a week and the first exhibition game using FA rules was played there on Saturday . The members of the opposing teams for this game were chosen by the President of the FA (A. Pember) and the Secretary () and included many well-known footballers of the day.

The FA's income does not include the turnover of English football clubs, which are independent businesses. As well as running its own operations the FA chooses five charities each year to which it gives considerable financial support. [ [http://www.thefa.com/TheFA/FACampaigns/] ] [ [http://www.soschildrensvillages.org.uk/charity-news/six-villages.htm] ]

In November 2007, estimated the cost to the FA of non-qualification for Euro 2008 to be in the direct region of £5million, with loss of revenue to the UK economy likely to run into the billions.

The FA has a figurehead President, since 1939 always a member of the British Royal Family. The Chairman of the FA has overall responsibility for policy. Traditionally this person rose through the ranks of the FA's committee structure (e.g. by holding posts such a the chairmanship of a county football association). In 2008 the politician Lord Triesman was appointed as the FA's first "independent chairman", that is the first from outside the football hierarchy. The day to day head of the FA was known as the Secretary until 1989, when the job title was changed to Chief Executive.