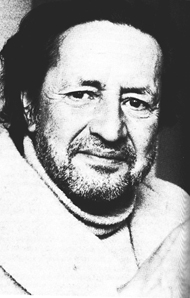 Jens Ingvald Bjørneboe (born , in , , died , in in ) was a Norwegian writer whose work spanned a number of literary formats. He was also a painter and a school teacher. Bjørneboe was a harsh and eloquent critic of Norwegian society and on the whole. He led a turbulent life and his uncompromising humanity would cost him both an conviction as well as long periods of and bouts of depression, which in the end led to his .

Jens Bjørneboe's first published work was "Poems" ("Dikt") in 1951. He is widely considered to be one of Norway's most important post-war authors. Bjørneboe identified himself, among other self-definitions, as an anarcho-nihilist.

Jens Bjørneboe was born in 1920, in to Ingvald and Anna Marie Bjørneboe. Although he grew up in a wealthy family, his father a and a n . Having come from a long line of marine officers Bjørneboe went to sea also as a young man.

Bjørneboe had a troubled childhood with sickness and depressions. He was bedbound several years following severe . Already at thirteen he attempted suicide by himself. He began drinking when he was twelve, and he would often consume large amounts of wine when his parents were away. It is also rumoured that he drank his father's on several occasions.

In 1943 Bjørneboe fled to to avoid forced labor. During this exile, he met the German Jewish painter Lisel Funk, who later became his first wife.

Bjørneboe wrote a number of socially critical novels. Among those were "Ere the Cock Crows" ("Før Hanen Galer", 1952), "Jonas" (1955) and "The Evil Shepherd" ("Den Onde Hyrde", 1960)."Ere the Cock Crows" is a critique of the (in Bjørneboes' view) harsh post-World-War-II treatment of people viewed to be in any way associated with the Nazis (among those Norwegian writer and Nobel Prize in Literature winner ). "Jonas" deals with injustices and shortcomings of the school system and "The Evil Shepherd' with the Norwegian prison system.

Bjørneboe also wrote a number of plays, among those were "The Bird Lovers" ("Fugleelskerne", 1966), "Semmelweis" (1968) and "Amputation" ("Amputasjon", 1970), where he cooperated with and the Danish theatre ensemble .

In 1967, he was convicted for publishing a novel deemed , "Without a Stitch" ("Uten en tråd", 1966), which was confiscated and banned in Norway. The trial, however, made the book a huge success (in foreign languages), and Bjørneboe's financial problems were (for a period) solved. His last major work was the novel "The Sharks" ("Haiene", 1974).

After having struggled with depression and for a long time, he committed on , .

In his in "", Bjørneboe's life and legacy was described: "For 25 years Jens Bjørneboe was a center of unrest in Norwegian cultural life: Passionately concerned with contemporary problems in nearly all their aspects, controversial and with the courage to be so, with a conscious will to carry things to extremes. He was not to be pigeonholed. He dropped in on many and movements, but couldn't settle down in any of them. He was a wanderer, always traveling on in search of what was for him the truth -- and he was a free man, in that he always ruthlessly followed his innermost intentions. Perhaps he could say, like , that "subjectivity is truth," for he knew no other guide than his personal conviction and his own impulses -- but he related not merely to himself; his deepest concern was society and the person in society. His subjective grasp always involved the totality."