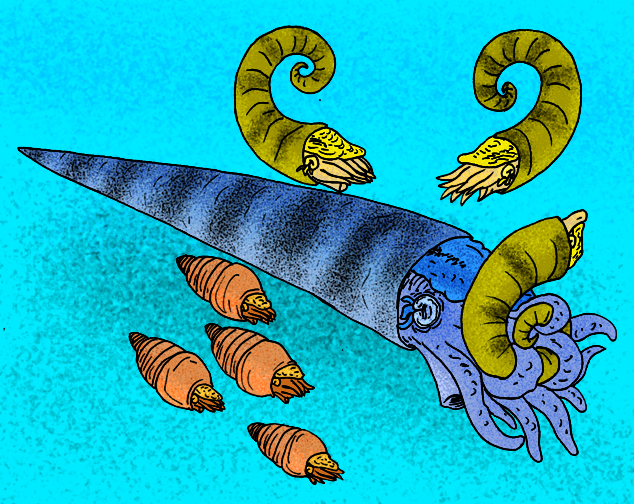 "Cameroceras" ("chambered horn") was a genus of giant that lived in the period.

The partial shell of one giant "Cameroceras" yielded a total length estimated at the time at nearly 30 feet (9 m). (This estimate has since been revised downward quite a bit.

It was featured in the Ordovician section of the series "" (a spin-off to the successful "") as the top predator, and also had a brief cameo in "", bobbing in the water. In the companion books, it is misspelled as "Cameraceras".