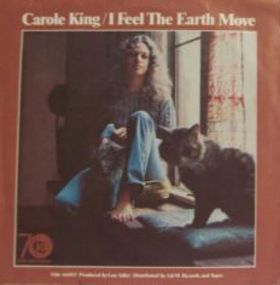 "I Feel the Earth Move" is the first single released by pop singer , in 1971.

A showcase for King's upbeat style, "I Feel the Earth Move" has lyrics with the same percussive feel::"I feel the earth - move - under my feet":"I feel the sky tum-b-ling down - tum-b-ling down":"I feel my heart start to trem-b-ling -":"Whenever you're around"

's review of "Tapestry" for "" praised King's voice on this track, saying it negotiates turns from "raunchy" to "bluesy" to "harsh" to "soothing", with the last echoing the development of the song's melody into its chorus. [http://www.rollingstone.com/artists/caroleking/albums/album/171700/review/6068041/tapestry]

Given its upbeat nature, selected "I Feel the Earth Move" as the A-side to "Tapestry"'s first single. It achieved airplay, but then s and listeners began to prefer the slower, lamenting B-side "It's Too Late". Both sides received airplay for a while, but eventually "It's Too Late" dominated. In fact, on the concurrent singles chart, which still tracked the progress of both sides of a single separately, "It's Too Late " spent four weeks at number one while "I Feel the Earth Move" did not chart at all. Regardless, since Billboard had declared the record a double A-side and their chart gradually became seen by many as the "official" singles chart, it is generally listed as such in books and articles. 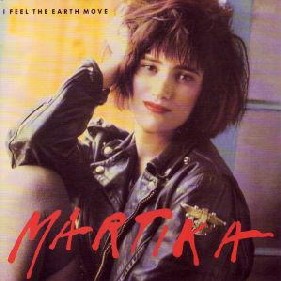 Young American actress/singer had a go at the song on her somewhat popular 2003 album "Coverage"; it was considered a good enough effort to be included on her subsequent albeit disowned "" collection and on the 2005 benefit album "".

Australian songstress featured the song on her 2005 Visualise Tour.

Jazz/funk guitarist recorded an instrumental version of this song.

Japanese singer UA recorded a version of this song (in English) included on her "COLONY" single. It was also part of her live album "FINE FEATHERS MAKE FINE BIRDS."

In the episode "" of "", in a vision seen by the title character, Taylor Weathersby () and Maggie Dekker () sing it, signifying what may be an upcoming in , as well as giving Eli an insight into his lovelife.

has added parts of this songs as a bridge to her song "Take to the Sky" (a B-Side from her debut "") in live performances. Most recently, at at the Dranouter Festival on August 8, 2008, but also many times during her 2003 Tour. She comments on this on her book .

The first 22 seconds of the Carole King version is used for the earthquake room exhibit at the (OMSI) in Portland, Oregon, USA.