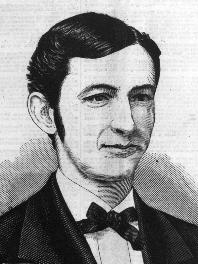 William Arthur "Candy" Cummings (, &ndash; , ) was a 19th-century professional in the National Association and .

At 17, Cummings began playing baseball with the Brooklyn Excelsior baseball club of the NABBP. His first game with the team was on August 24, 1866 against the , where he led his team to a 24-12 win. Baseball writer commented on the skills of the young Cummings after this first game and his promising future with the Excelsior club. [ [http://www.baseballlibrary.com/chronology/byyear.php?year=1866&previous=yes The Chronology - 1866 BaseballLibrary.com ] ] .

He is often credited with being the first pitcher to throw a , which he reportedly threw at a game in , in 1867 while playing for the , with other sources saying the . Cummings says that he discovered the idea of the curveball while studying the movement sea shells made when thrown. After noticing this movement, he began to attempt to make the same motion with a baseball, thus creating the curveball.

Another pitcher to lay claim to inventing the curveball is , -born , who is credited for giving the first publicly recorded demonstration of the curveball (to legendary sportswriter-baseball historian ) on ,

In 1877, Cummings left the after pitching only 19 games with the Cincinnati Reds to become the president of the new .

Candy Cummings was born in on , and died , in . [ [http://www.baseball-reference.com/c/cummica01.shtml Baseball-Reference.com] .]