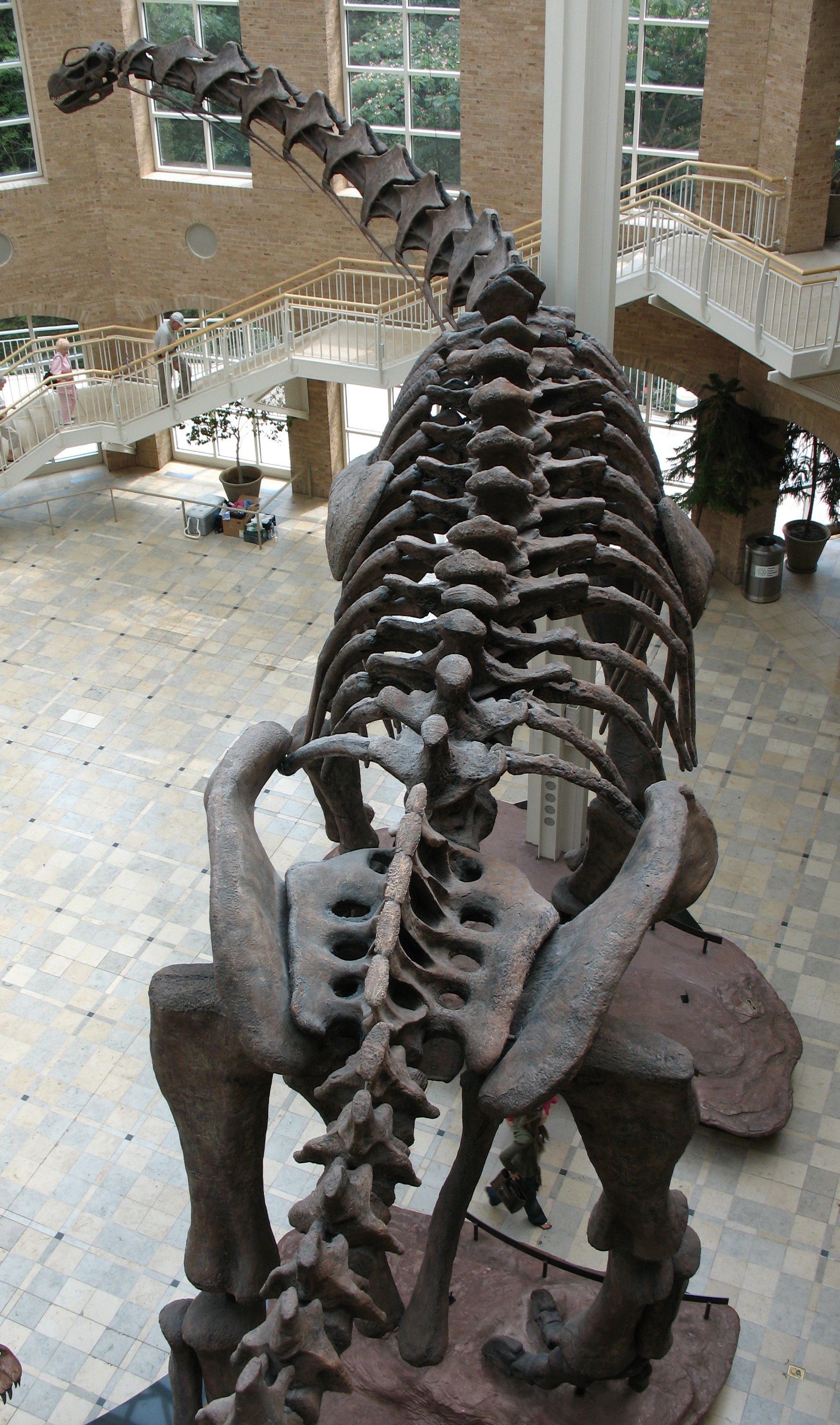 "Argentinosaurus" (meaning " lizard") was a herbivorous that was among the largest land animals that ever lived. It developed on the island continent of during the middle of the Period (around 100 ), after all of its more familiar n kin &mdash; like "" &mdash; had long disappeared.

Not much of "Argentinosaurus" has been recovered: just some back , , fragmentary ribs, and . One had a length of 1.3 meters and the was about 155 centimeters (58 es). However, the spectacular proportions of these bones and comparisons with other sauropod relatives allow s to estimate the size of the . Early reconstructions estimated "Argentinosaurus" at 35 meters (115 ft) in length and a weight of perhaps 80 to 100 s. More recent estimates based on "", "" and "" suggest sizes around 22-26 meters (72 - 85 ft). [http://dml.cmnh.org/2004Sep/msg00086.html] It is the largest dinosaur for which there exists good evidence. Although it might have been smaller than "", which may have reached 44 meters (144 ft) in length and weighed 180 tons (however like "Argentinosaurus" it has been estimated shorter, at 28-34 meters (92-112 ft)), as well as the poorly known " fragilimus", which may have been up to 60 meters (200 ft) long, these estimates cannot be validated due to lack of evidence.

Vast wings on the vertebrae suited the attachment of massive muscles.

The type species of "Argentinosaurus", "A. huinculensis", was described and published (by the Argentinian s and ) in 1993. Its more specific time-frame within the Cretaceous is the Albian to Cenomanian epochs, 112.2 to 93.5 million years ago. The discovery site is in the Formation in , .

"Argentinosaurus" is featured prominently in the permanent exhibition at in Atlanta, Georgia, USA. This display depicts a hypothetical encounter between "Argentinosaurus" and the carnivorous theropod dinosaur "". Contemporary fossils of Cretaceous Period plants and animals are included in the exhibition, including two species of , providing a snapshot of a prehistoric ecosystem in what is now the modern Patagonia region of Argentina. At convert|123|ft|m long, this skeletal reconstruction represents the largest dinosaur mount ever to be assembled.