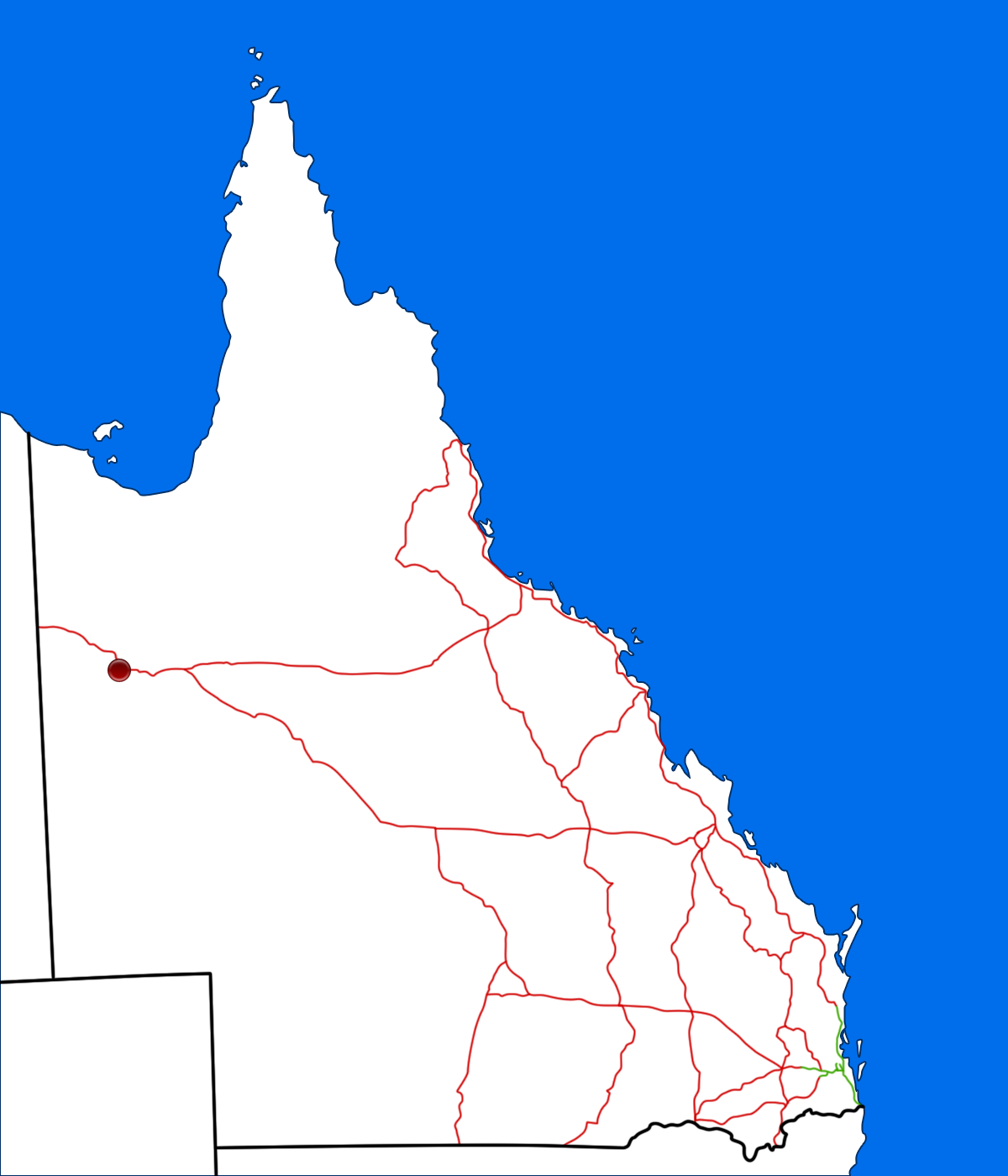 Mount Isa is a city in North-West , . It came into existence because the area holds vast mineral deposits. is one of the most productive single mines in world history – based on combined production of , , and [http://www.australianexplorer.com/mt_isa.htm Mount Isa at Australian Explorer] .

With a population climbing towards 25,000 in the city

The city came into existence soon after 1923 when John Campbell Miles discovered a rich seam of silver-lead, the western edge of the Cloncurry field. Named after the [http://www.nrw.qld.gov.au/property/placenames/detail.php?id=23053] goldfields in Western Australia, mining operations began there a year later. [ [http://www.mountisa.qld.gov.au/index.php?s=theisa&c=lifestyle#JMISA What is Mount Isa's history?] Mount Isa City Council] In 1964, the town made national headlines after the events leading to the infamous 1964 Mount Isa strike. Mount Isa was proclaimed a city in 1968 when the population has reached 18,000. The city and surrounds grew in front and around the mine to the point that by 1972, 34,000 people resided in the town. Fact|date=August 2008 The population dropped steadily for the next three decades until a mining boom occurred.

The [http://www.mountisa.qld.gov.au/] administers an area of 42 904 km², and the town of , located 188 km to the west, is in fact a 'suburb' of the city. Mount Isa once laid claim to being the largest city in the world by area, with a listing in the , even though the city of and the of in China are considerably larger.

Mount Isa's industry is largely dependent on mining. Xstrata Plc operates the Mount Isa Mines lease adjacent to the town, which comprises the "Enterprise" underground copper mine, X41 underground copper mine, "Black Star Open Cut" silver-lead zinc mine, and metallurgical processing facilities. Silver-lead-zinc ore is also mined 20 km to the north at Hilton from the "George Fisher" underground mine, and the adjoining "Handlebar Hill" open cut, which is trucked back to Mount Isa for processing.

Mount Isa is in the top two of largest copper mining and smelting operations in the country. [ [http://www.abs.gov.au/ausstats/abs@.nsf/Latestproducts/51D19819B535DC18CA2573D20010E528?opendocument 1301.0 - Year Book Australia, 2008 ] ] Copper and lead are smelted on site, with anodes and zinc concentrate being transported 900 km to the city and port of Townsville on the east coast. The lead ingots are transported to a refinery in Britain where the silver is extracted. The mine is the most significant landmark in the area, with the from the lead smelter (built 1978), standing 270 m tall, visible from all parts of the city and up to 40 km out. Fact|date=February 2008

Tourists can find plenty to interest them in and around the city. One of the major attractions is the Hard Times Mine at "Outback at Isa" [http://www.outbackatisa.com.au/] . The city's annual rodeo, which lasts three days, usually attracts enough visitors to triple the town's population.

The local theatre group, the Mount Isa Theatrical Society, or MITS, often holds plays and musicals, at least once every few months or so.

Cricket, rugby, league and tennis are the most common sports but , shooting, dancing and ten-pin are also present.

Mount Isa also has a cinema complex, situated in the CBD, that contains three air-conditioned cinemas, a /aquatic centre and a multi-purpose sporting complex for and other indoor sports. Mount Isa's events complex, Buchanan Park, opened in May 2007, can hold up to 6000 people and is used for special events such as concerts and expos. It is also the new home for the city's annual show and rodeo.

The city is known for its annual and street parade every August. There is also an annual Multicultural Festival in early September.

In August 2007, Mount Isa made an appearance on Andrew Denton's "" television show, as an 'on the road' special.

Mount Isa City (not including Camooweal) has a estimated population of 24,767 housed in approx. 9050 dwellings. The population of the surrounding districts, which includes Cloncurry, Flinders, McKinlay, Burke, Carpentaria and Richmond shires is 35,742. Fact|date=June 2008

The ratio of males to females living in Mount Isa is reputedly five to one. [http://www.news.com.au/story/0,23599,24193460-2,00.html] However, the most recent census found that men actually comprise only 52.6% of the population and that the five-to-one figure is an exaggeration. [http://www.guardian.co.uk/lifeandstyle/2008/aug/20/women.australia]

Mount Isa city and surrounds are serviced by a taxi service. Also, a taxi service known as "Isa-Curry" express transports passengers to and from the neighbouring centre of Cloncurry to Mount Isa and back again, usually for shopping and medical requirements. Additionally, many of the city's clubs have courtesy buses to and from their establishments that run seven days a week and into the early hours of the morning. has a depot in Mount Isa, with coach services to and from Townsville, Brisbane and .

The city is served by QR passenger train "The Inlander", which travels overnight to Townsville twice a week in each direction.

has regular daily services to Brisbane, Townsville and Cairns, with other services to many remote communities in western Queensland. The primary carriers which service Mount Isa are , and

And three high schools:
* Good Shepherd Catholic College (private)
* [http://www.mtisasde.qld.edu.au/ Mount Isa School of Distance Education] (to grade ten)
* "(three campuses)"The residential campus of Spinifex College is unique in the fact that it is the only State-run boarding-type school in Queensland. Mount Isa is also home to , a unique way of schooling isolated students in this vast section of the country.The city also holds the main campus of the Mount Isa Institute of offering courses in a multiple range of fields, including mining, agriculture and trades. In addition, has a presence, with the Mount Isa Centre for Rural and Remote Health in the Base Hospital complex.

In 2008 a Queensland Government Health report found that more than 10 per cent of children in Mount Isa had lead levels above recommendations. The mining operator Xstrata has denied responsibility and has stated that the town has naturally high levels of lead in the soil. [ [http://www.health.qld.gov.au/news/media_releases/mtisa_leadreport.pdf Queensland Health] ]

Mayor John Molony drew international press attention in August 2008 when he told the Townsville Bulletin newspaper that Mt. Isa's gender imbalance makes it a good place for "not so attractive" women to live. "With five blokes to every girl, may I suggest that beauty-disadvantaged women should proceed to Mount Isa," he said. [http://www.reuters.com/article/oddlyEnoughNews/idUSSYD14437220080818?feedType=RSS&feedName=oddlyEnoughNews