County Fermanagh (from Irish: Fear Manach meaning "men of Manach") is the only one of six counties that form Northern Ireland, situated in the north of the island of Ireland to not adjoin Lough Neagh. Lying within the historical province of Ulster, it is also one of the thirty-two traditional counties of Ireland.

It is one of four counties of Northern Ireland presently to have a majority of the population from a Catholic background, according to the 2001 census.

The Annals of Ulster which cover medieval Ireland between AD 431 to AD 1540 were written at Belle Isle on Lough Erne near Lisbellaw.

Fermanagh was a stronghold of the Maguire clan and Donn Carrach Maguire (died 1302) was the first of the chiefs of the Maguire dynasty. However on the confiscation of lands relating to Hugh Maguire, Fermanagh was divided in similar manner to the other five escheated counties among Scottish and English undertakers and native Irish. The baronies of Knockinny and Maghenaboy were allotted to Scottish undertakers, those of Clankelly, Magherastephana and Lurg to English undertakers and those of Clanawley, Coole, and Tyrkennedy, to servitors and natives. The chief families to benefit under the new settlement were the families of Cole, Blennerhasset, Butler, Hume, and Dunbar.

Fermanagh was made into a county by statute of Elizabeth I, but it was not until the time of the Plantation of Ulster that it was finally brought under civil government.

Fermanagh District Council is the only one of the 26 district councils in Northern Ireland that contains all of the county it is named after. The district council also contains a small section of County Tyrone in the Dromore and Kilskeery road areas.

Agriculture and tourism are two of the most important industries in Fermanagh. The main types of farming in the area are beef, dairy, sheep, pigs and some poultry. Most of the agricultural land is used as grassland for grazing and silage or hay rather than for other crops.

The waterways are extensively used by cabin cruisers, other small pleasure craft and anglers. The main town of Fermanagh is Enniskillen (Inis Ceithleann, 'Ceithleann's island'). The island town hosts a range of attractions including the Castle Coole Estate and Enniskillen Castle, which is home to the museum of The Royal Inniskilling Fusiliers and the 5th Royal Inniskilling Dragoon Guards.

Attractions outside Enniskillen include:

The Orange Institution is a Protestant fraternal organisation which has almost 100 lodges in Fermanagh. It consists of approximately 2200 male members and 300 female members. 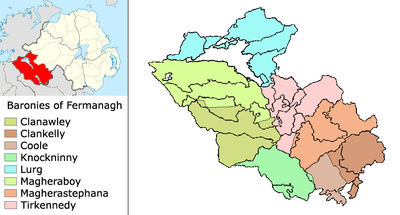 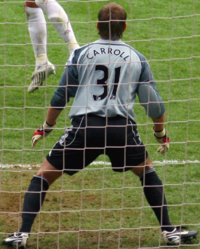 Fermanagh GAA has never won an Senior Provincial or an All-Ireland title in any Gaelic games.