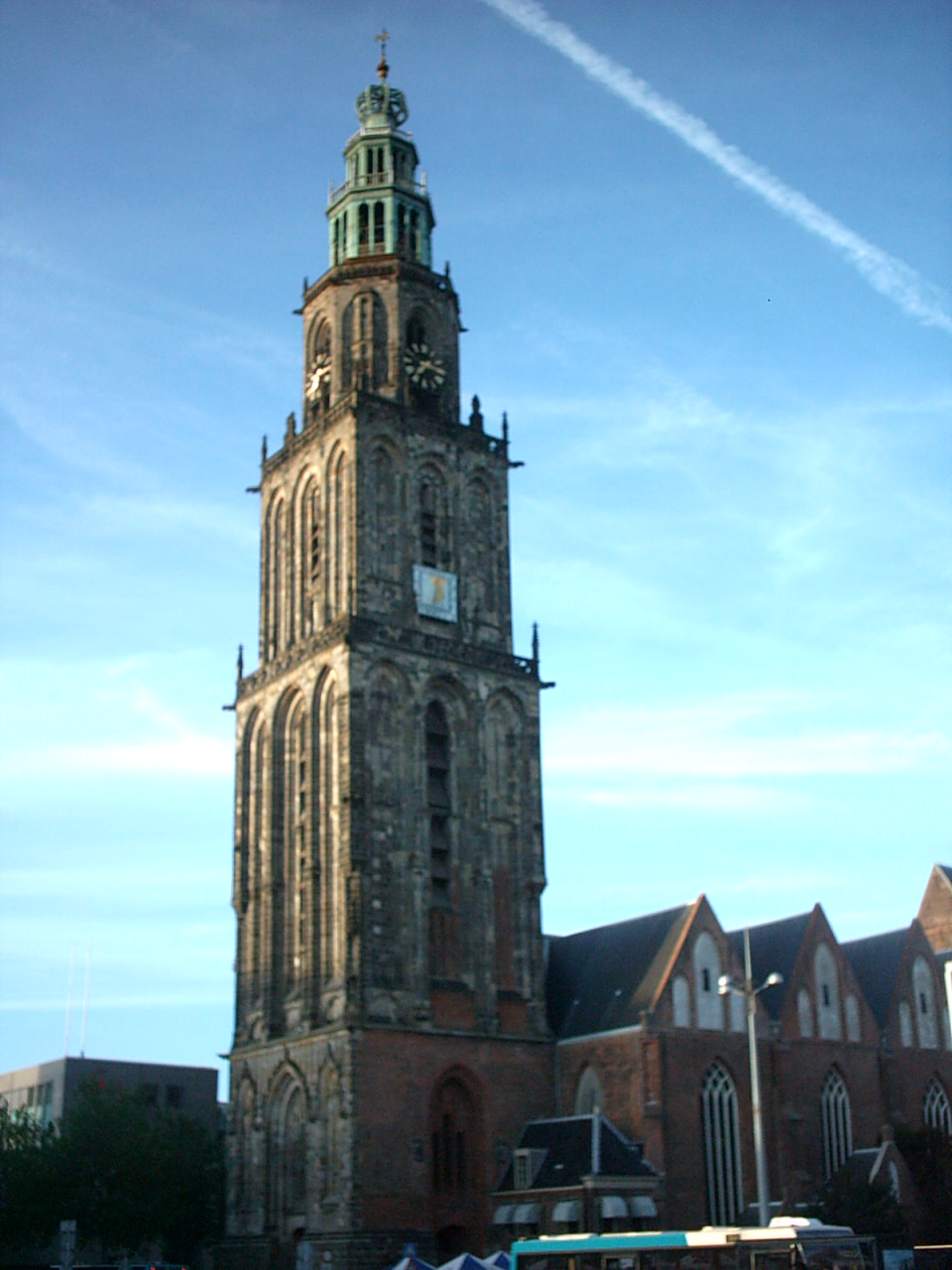 Groningen is the capital city of the province of Groningen in the . With a population of 185,000, it is by far the largest city in the north of the Netherlands.Groningen is a university city with more than 45,000 students.

The city was founded on the northernmost point of the area. The oldest document referring to Groningen's existence dates from 1040. However, the city already existed long before then: the oldest archaeological traces found are believed to stem from the years 3950 BC–3720 BC, although the first major settlement in Groningen has been traced back to the 3rd century AD.

In the 13th century, when Groningen was an important trade centre, its inhabitants built a to underline its authority. The city had a strong influence on the surrounding lands and made its a common tongue. The most influential period of the city was the end of the 15th century, when the nearby province of was administered from Groningen. During these years, the Martini Tower was built, which loomed over the city at (then) 127 metres tall, making it the highest building in Europe at the time. The city's independence came to an end when it chose to join forces with the Spanish during the in 1594. It later switched sides, joining the .

In 1614, the was founded, initially only for religious education. In the same period the city expanded rapidly and a new city wall was built. That same city wall was tested during the in 1672, when the city was attacked fiercely by the , . The city walls resisted, an event which is celebrated with music and on 28 August.

The city did not escape the devastation of World War II. In particular, the main square, Grote Markt, was largely destroyed in April 1945, at the . However, the Martinitoren, its church, the , and the city hall were not damaged. The battle there lasted several days.

Although Groningen is not a large city, it does have an important role as the main urban centre of this part of the country, particularly in the fields of music and other arts, education, and business. The large number of students living in Groningen also contributes to a diverse cultural scene for a city of its size.

The University of Groningen (in Dutch: "") has a rich academic tradition which dates back to 1614. After the University of Leiden, it is the oldest university located in the Netherlands. The university educated the first female student and the first astronaut in the history of the country, the first president of the European Bank and a Nobel prize winner. They share their academic roots with around 200,000 people, who were either students, teachers or researchers at the university.

The most important and most famous museum in Groningen is the . With the construction of its current building, designed by , the museum has been transformed into one of the most modern and innovative of its kind in the Netherlands. In addition, the city also has a , a museum and a museum.

Groningen has its own city theatre ("Stadsschouwburg"), located on the Turfsingel; a big theatre and concert venue called Martini Plaza; and another major cultural venue on the Trompsingel, called the Oosterpoort. Vera is located on the Oosterstraat, Grand Theatre on the Grote Markt, and Simplon on the Boterdiep. Several cafes feature live music, a few of which specialize in jazz music, including Jazzcafe De Spiegel on the Peperstraat. The jazz music students from the have been known to hold regular jam sessions in cafes such as Peter Pan on the Voor Het Voormalige Klein Poortje and café De Smederij on the Tuinstraat 2-4.

Groningen's nightlife depends largely on its student population. Its cultural scene is vibrant and remarkable for a city of its size. In particular, the Grote Markt, the Vismarkt, and the Poelestraat and Peperstraat are crowded at night, especially on Thursdays and Fridays when some bars do not close until 7 in the morning. In 2006, Groningen was elected "de beste binnenstad" (the best city centre) of the Netherlands.

The city is twinned with the following cities: [ [http://www.groningen.nl/functies/pagfunctie.cfm?parameter=1285 Partner towns] on the city web site.]
*
*
*
*
*
* Newcastle
*
*
* San Carlos
*
*
* and in addition with the American state of flagicon|Michigan

There are two factories within the municipality borders of Groningen, one operated by "CSM" and one by "Suikerunie". The factories produce around 600,000 s of beet sugar annually (2005 figures).

Groningen has been called the "World Cycling City", since 57% of journeys within the city are made by bicycle.Fact|date=November 2007 The city is very much adapted to the wishes of those who want to get around without a car, as it has an extensive cycle network, good public transport, and a large pedestrianized zone in the city centre. In the Italian TV program of investigative journalism "Report" appeared a short movie [http://www.rai.tv/mpplaymedia/0,,RaiTre-Report%5E23%5E37292,00.html] , considering the use of bikes in Groningen a good practice to emulate in Italy.

There are also direct buses between Groningen (train station) and (airport) in Germany, run by [http://www.publicexpress.de Public Express] .

In the near future, there are plans to build a tram route connecting the central station, the city centre and the university complex (Zernike).

is located 10km south of the centre of Groningen, with scheduled and holiday charter services to European destinations.

Groningen has a moderate temperate climate, with relative warm summers and cool winters. Weather is influenced by the North Sea to the north-west and its prevailing north-western winds and gales. Winter temperatures are cool: on average above freezing, although frosts are not uncommon during spells of easterly winds blowing in from the inner European continent, i. e. Germany, Russia and even Siberia. Night-time tempuratures of -10 °C or lower are not uncommon during cold winter periods. The lowest temperature ever recorded is -26.8 °C on February 16, 1956. Snow occasionally falls, but rarely stays long due to warmer day-time temperatures. Summers are somewhat warm and humid. Temperatures of 30 °C or higher occur, but most average daytime high's are around 21-24 °C. Very rainy periods are common, especially in spring and summer. Average annual precipitation is about 900 mm.

*The city is nationally known as the "Metropolis of the North" and as "Martinistad" referring to the Martini Tower.
*The city is known as "Stad" in the local dialect, which simply translates as City, because Groningen is the only large city in the province of Groningen.
*Until 2007, in the autumns months, the sugar factory produced a distinct sweet smell that could be detected from most parts of the city. In early 2008, the sugar factory closed its doors.
*After playing a show here supporting , Irish slipped and consequently died from head injuries.