Have You Seen Her

Have You Seen Her

Infobox Single
Name = Have You Seen Her 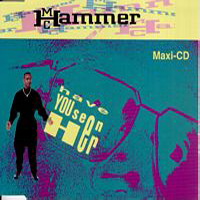 The song begins and ends with Record's spoken narration, setting up the sad mood, with the words: "One month ago today, I was happy as a lark", and goes on to say, that he goes to the movies, or to the park, and watching the children play, who gather around him, while he tries to escape the loss of his love. At the end of the song, Record says that he hopes to receive a letter someday, which, however, he does not. The last words are: "You know, it's funny, I thought I had her in the palm of my hand"

In tight four-part harmonies, Record and the other three Chi-Lites repeat the interrogative chorus almost obsessively, as if their minds are completely fixated on the whereabouts of Record's lost love. Yet, interestingly, Record sings his solo parts in the verses not with the sort of impassioned pleading suggested by Barbara Acklin's pained lyrics, but in a buttoned-up, restrained tenor that sounds as if he's afraid that if he betrays more than the slightest hint of emotion, he's going to collapse. As always, Record's production skills keep the sound lush, but not overbaked, giving the song a sophisticated edge that makes it one of the most urbane soul hits of the era.

The Chi-Lites recorded "Have You Seen Her" in a owing much to the traditions of the late 1950s, following the success of another such song earlier in the year, ' "". The song peaked at number three on the , and reached the top of the Billboard R&B Singles chart in November of 1971. It also reached number three in the in February 1972.