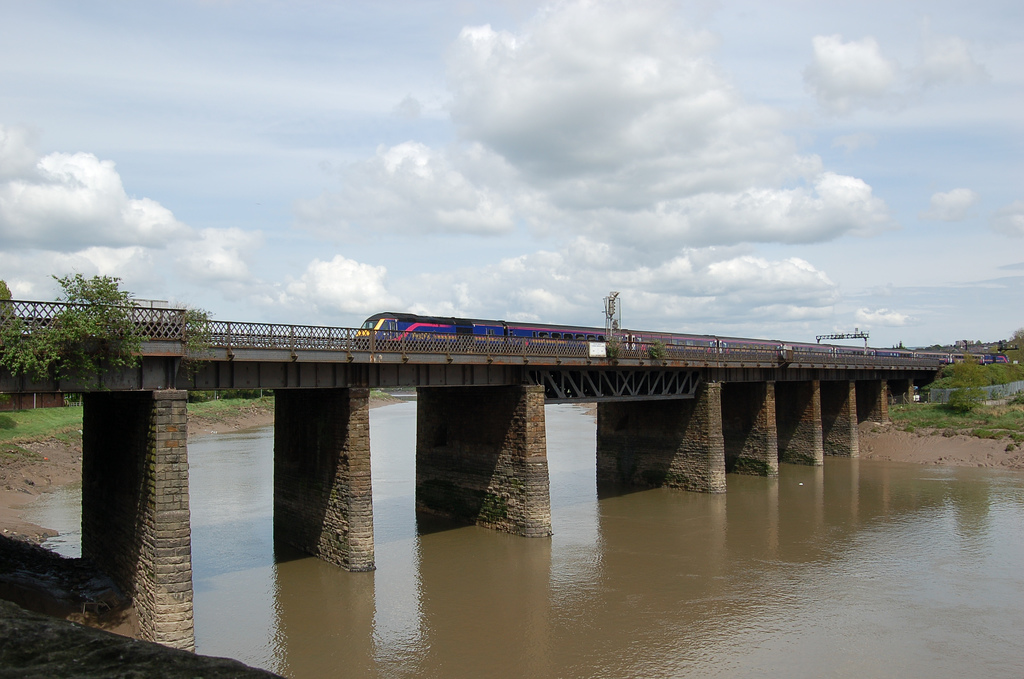 The original wooden structure was constructed by the in 1848, but just as the final arch was being put into place on , a heated bolt ignited chemicals used to preserve the wood and a catastophic fire destroyed most of the structure.

To prevent a recurrence of the fire, the renowned railway engineer invented the now-common bow-string -shaped girders to replace the wood sections.

In 1888 the bridge was replaced with one made of stone, and by 1911 it had been widened to four lines.