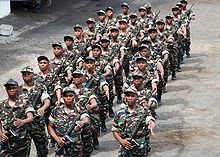 The Comorian Security Force (French Armée nationale de développement) consist of a small standing army and a 500-member police force, as well as a 500-member defense force. A defense treaty with France provides naval resources for protection of territorial waters, training of Comorian military personnel, and air surveillance. France maintains a small troop presence in Comoros at government request. France maintains a small maritime base and a Foreign Legion Detachment (DLEM) on Mayotte. 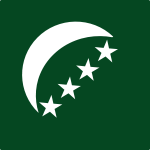 In addition to the CSF, the Police Force operates a further 6 aircraft fleet available for paramilitary duties.