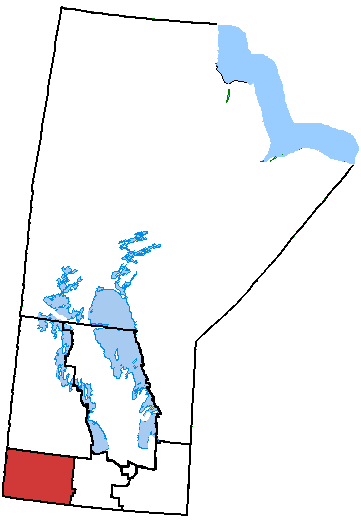 Brandon—Souris is a federal electoral district in , , that has been represented in the since 1953.

It includes the communities of Brandon, Cornwallis, Virden, Killarney, Souris and North Cypress.

The electoral district was created in 1952 from the former districts of Brandon and Souris.

Its Member of Parliament is , a former automobile dealer. He was first elected in 2004. He represents the . He is the chair of the 'Standing Committee on Transport, Infrastructure, and Communities'.