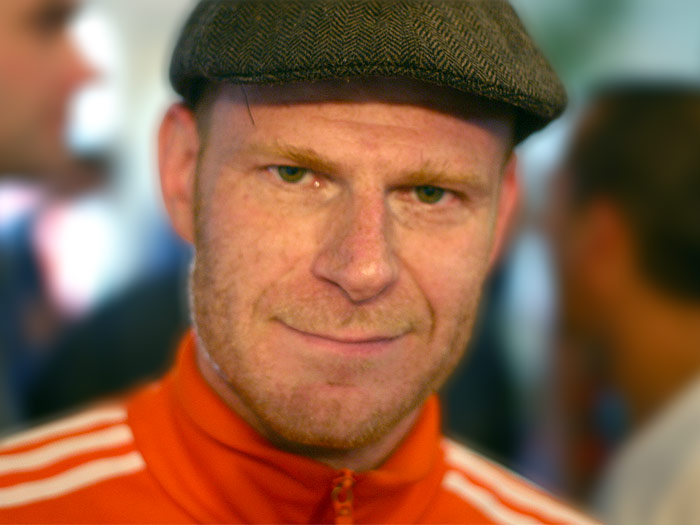 Tom Holkenborg (born , ), also known as Junkie XL or JXL, is a Dutch . He uses the name JXL in cases where the term "Junkie" might cause offense. XL is for "Xpanding Limits".

He discovered music by learning and playing most instruments, including , bass, and drums. Although he was classically trained by his mother (herself an accredited teacher), it wasn’t long until he discovered s and joined the Dutch New Wave group as a multi-instrumentalist and producer. He then expanded his horizon further to form the industrial rock band with vocalist , and released 2 full-length albums in 1994 and 1995. During this period, Holkenborg built his music repertoire by freelance producing and quickly landed projects for bands such as , and Dog Eat Dog, as well as for video games, movies and TV spots.

Holkenborg’s solo efforts include 1998’s , 2000’s and 2003’s . The latter counted collaborations with Depeche Mode’s , , Robert Smith from , Public Enemy’s and included his breakthrough remix of the late 's moderately successful 1968 single "" for a 2002 Nike World Cup Commercial. The updated version unexpectedly catapulted Holkenborg into the spotlight. The song became a #1 hit in more than twenty countries. Today and (BB@Y) are his latest solo efforts.

Holkenborg is known as a talented remixer, drawing critical acclaim with remixes of tracks by , , , , , , the aforementioned Fear Factory, , and . With an unrivaled work ethic, which routinely includes fourteen-hour days in his studio, Holkenborg keeps extremely busy creating the music for video games. He has contributed music to Sims theme music for the computer game , the soundtrack for the racing game , and the soundtrack for futuristic Xbox racing game . He has also provided music for the films "Kingdom of Heaven", "Domino" and "". His song "Today" was featured as one of tracks on EA's "Burnout: Legends", apparently before the album was released. "Today" is also on EA's "Burnout: Revenge". He also produced a remix of the God of War 2 theme. Tom remixed 's "People Always Talk About The Weather" in exchange of 's remix of Today. Holkenborg is responsible for the original soundtrack, and EA's .

Holkenborg's single "More" was released in Fall 2007 [ [http://www.side-line.com/news_comments.php?id=25831_0_2_0_C Junkie XL goes for a fuck more] ] . Both Joost van Bellen and Gerald van der Kaap have been shooting the video for the clip in New York together with female singer Lauren Rocket. "More" is also featured on the soundtrack of the .

Tom Holkenborg remixed the Eagles of Death Metal's "Don't Speak" for the newest 2008 Nike advert "Take it to the Next Level" [ [http://www.side-line.com/news_comments.php?id=31788_0_2_0_C New Junkie XL remix for Nike advert] ] . On August 17, his manager confirmed to a Dutch magazine that Junkie XL has written and produced 3 tracks for pop icon ' upcoming album. He also added that it is still unknown if the tracks will be on the record. This could become Junkie XL's first experience as a high-level producer and songwriter.