The concept of an archaeological culture 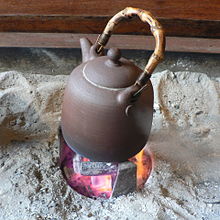 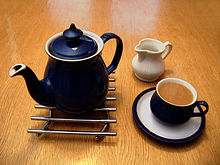 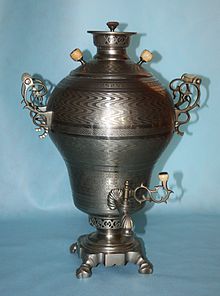 Different cultural groups have material culture items which differ both functionally and aesthetically due to varying cultural and social practices. This notion is observably true on the broadest scales. For example the equipment associated with the brewing of tea varies greatly across the world (see images). Social relations to material culture often include notions of identity and status.

Advocates of culture-historical archaeology use this notion to argue that sets of material culture can be used to trace ancient groups of people that were either self-identifying societies or ethnic groups. The classic definition of this idea comes from Gordon Childe:

We find certain types of remains - pots, implements, ornaments, burial rites and house forms - constantly recurring together. Such a complex of associated traits we shall call a "cultural group" or just a "culture". We assume that such a complex is the material expression of what today we would call "a people".
—Childe 1929, pp. v–vi

The concept of an archaeological culture was crucial to linking the typological analysis of archaeological evidence to mechanisms that attempted to explain why they change through time. The key explanations favoured by culture-historians were the diffusion of forms from one group to another or the migration of the peoples themselves. A simplistic example of this process might be that if one pottery-type had handles very similar to those of a neighbouring type but decoration similar to a different neighbour the idea for these two features might have diffused from the neighbours. Conversely, if one pottery-type suddenly replaces a great diversity of pottery types in an entire region this might be interpreted as a new group migrating in with this new style.

Archaeological cultures were generally equated with separate 'peoples' ([ethnic groups] or [Race (classification of humans)|races]) leading in some cases to distinct nationalist archaeologies.

Most archaeological cultures are named after either the type artifact or type site which defines the culture. For example cultures may be named after pottery types such as Linear Pottery Culture or Funnelbeaker culture. More frequently they are named after the site at which the culture was first defined (not necessarily first found) such as the Halstatt culture or Clovis culture.

Development of the concept

The use of the term "culture" entered archaeology through 19th century German ethnography, where the Kultur of tribal groups and rural peasants was distinguished from the Zivilisation of urbanised peoples. In contrast to the broader use of the word that was introduced to English-language anthropology by Edward Burnett Tylor, Kultur was used by German ethnologists to describe the distinctive ways of life of a particular people or Volk, in this sense equivalent to the French civilisation. Works of Kulturgeschichte (culture history) were produced by a number of German scholars, particularly Gustav Klemm, from 1780 onwards, reflecting a growing interest in ethnicity in 19th century Europe.[1]

The first use of "culture" in an archaeological context was in Christian Thomsen's 1836 work Ledetraad til Nordisk Oldkyndighed (Norwegian: Guide to Northern Antiquity). In the later half of the 19th century archaeologists in Scandinavia and central Europe increasingly made use of the German concept of culture to describe the different groups they distinguished in the archaeological record of particular sites and regions, often alongside and as a synonym of "civilisation".[1] It was not until the 20th century and the works of German prehistorian and fervent nationalist Gustaf Kossinna that the idea of archaeological cultures became central to the discipline. Kossinna saw the archaeological record as a mosaic of clearly defined cultures (or Kultur-Gruppen, culture groups) that were strongly associated with race. He was particularly interested in reconstructing the movements of what he saw as the direct prehistoric ancestors of Germans, Slavs, Celts and other major Indo-European ethnic groups in order to trace the Aryan race to its homeland or urheimat.[2]

The strongly racist character of Kossinna's work meant it had little direct influence outside of Germany at the time (the Nazi Party enthusiastically embraced his theories), or at all after World War II. However, the more general "culture history" approach to archaeology that he began did replace social evolutionism as the dominant paradigm for much of the 20th century. Kossinna's basic concept of the archaeological culture, stripped of its racial aspects, was adopted by V. Gordon Childe and Franz Boas, at the time the most influential archaeologists in Britain and America respectively. Childe in particular was responsible for formulating the definition of archaeological culture that is still largely applies today:[3]

We find certain types of remains - pots, implements, ornaments, burial rites and house forms - constantly recurring together. Such a complex of associated traits we shall call a "cultural group" or just a "culture". We assume that such a complex is the material expression of what today we would call "a people".
—Childe 1929, pp. v–vi

Though he was sceptical about identifying particular ethnicities in the archaeological record, and inclined much more to diffusionism than migrationism to explain culture change, Childe and later culture-historical archaeologists, like Kossinna, still equated separate archaeological cultures with separate "peoples".[3] Later archaeologists[who?] have questioned this straightforward relationship between material culture and human societies. The definition of archaeological cultures and their relationship to past people has become less clear; in some cases, what was believed to be a monolithic culture is shown by further study to be discrete societies. For example, the Windmill Hill culture now serves as a general label for several different groups that occupied southern Britain during the Neolithic.[citation needed] Conversely, some archaeologists have argued that some supposedly distinctive cultures are manifestations of a wider culture, but they show local differences based on environmental factors, such as those related to Clactonian man.[citation needed] Conversely, archaeologists may make a distinction between material cultures that actually belonged to a single cultural group. It has been highlighted,[who?] for example, that village-dwelling and nomadic Bedouin Arabs have radically different material cultures, though in most other respects they are very similar. In the past, such synchronous findings were often interpreted as representing intrusion by other groups.[citation needed]