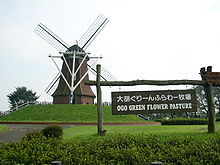 The city was founded on April 1, 1892, by the samurai Makuba Kawai.

On December 5, 2004 the town of Ōgo, and the villages of Kasukawa and Miyagi, all from Seta District, were merged into Maebashi.

As of October, 2010, population data, the city has an estimated population of 344,871 and a population density of 1,106.63 persons per km². The total area is 311.64 km². It was traditionally the most populous city in Gunma until Takasaki merged with nearby towns.

Maebashi is located at the foot of Mt. Akagi in the northeast corner of the Kantō Plain. The Tone River, Japan's second-longest, runs through the western part of the city. Also, Maebashi is farthest from the sea (about 120 km) among all Japanese prefectural capitals.

In the winter, the Karakaze, or "dry wind" blows through Maebashi from the north. This is due to the snow clouds coming from the Sea of Japan being blocked by the Echigo Mountain Range between Gunma and Niigata. Because of this, the city has a mild winter. In the summer, it is hot since the location is inland. On July 24, 2001, Maebashi hit 40℃, the fifth hottest temperature ever in Japan.

The Maechari bicycle rental scheme, begun in May 2010, offers bicycles for low-price rental, from a stand in front of JR East Maebashi Station.[2]

Thespa Kusatsu at Shikishima Stadium was originally formed in Kusatsu, but plays in Maebashi due to J. League stadium requirements.