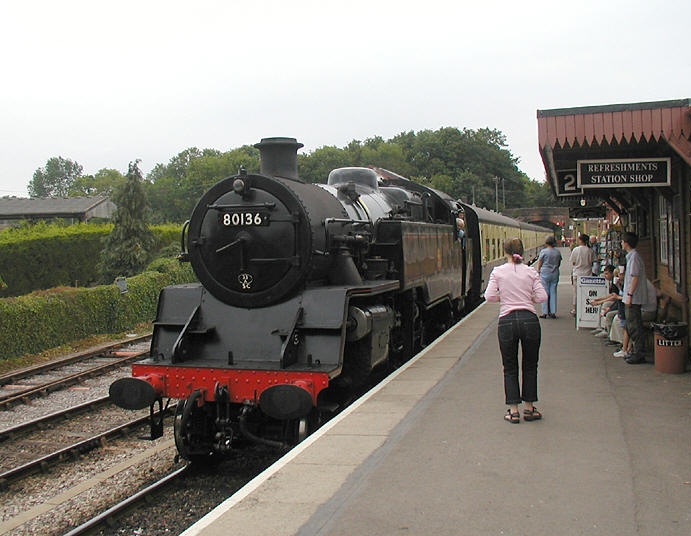 caption=Bishops Lydeard station, platform 2. Many of the visitors facilities are here, including the ticket office and shop. The locomotive is British Railways 4MT 2-6-4T tank no. 80136, built in 1958
name=Bishops Lydeard
manager=
code =
locale=
borough=,
lowusage0405=
platforms=3

The station was first opened in 1862 when the line from Norton Fitzwarren to Watchet was opened. Until the West Somerset Railway was closed under the , it was a typical village station part way along a branch line. However, as the southern terminus for most operations of the line, it has had to be transformed into a busy terminus station.

The station currently has three platforms. Platform 2 is the longest platform and contains most of the visitors facilities, including the ticket office and shop. The station is the headquarters of the West Somerset Railway Association, and the "Quantock Belle" dining car train is also based here. A loco-servicing depot is situated at the Taunton end of the Station. The old is restored as a museum/visitor centre. In the museum, there are many artefacts, dating back to the 1800s. In addition, the museum includes a GWR sleeping car and a large model railway layout.