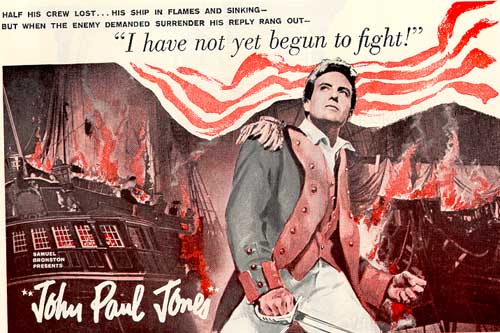 "John Paul Jones" is a 1959 biographical about . The film was made by Samuel Bronston Productions and released by . It was directed by and produced by from a screenplay by John Farrow, , . from the story "Nor'wester" by Clements Ripley. The music score was by , the cinematography by .

The film starred in the title role, , , , , David Farrar, , , and in her film debut. made a guest appearance as Empress Catherine the Great.

John Paul Jones, bassist for , took his stage name after seeing this poster (his birth name was John Baldwin).