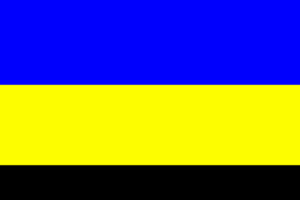 Gelderland (pronunciation|065 Gelderland.ogg, English also "Guelders") is a province of the , located in the central eastern part of the country. The capital city is . The two other major cities, and have more inhabitants. Other major regional centers in Gelderland are , , , , , , and .

The current province of Gelderland covers about the area of three of the quarters of the historical Duchy of . Guelders was a county in the late 11th century and then a in the , including also parts of the province of present-day Limburg and the German District of Kleve (Cleves) with the city of , the city that was the original seat of the dukes. It became part of the Habsburg Netherlands in 1543, one of the , though not one of the richer or more densely-populated.

Gelderland can be divided in three parts: the in the north, the in the southwest and the or Graafschap (which literally means: County or Earldom) in the east.

Currently (2006), the municipalities in Gelderland are as follows:

Provinces of the Netherlands imagemap|thumb|right

The following municipalities were abolished on ; see further [http://home.wxs.nl/~pagklein/gemhis.html#nu] (in Dutch) for more detailed information on these changes.

These municipalities were merged with neighbouring ones:

These municipalities were merged and given a new name: