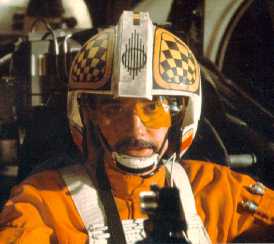 Garrick Hagon (born , 194?) is a British film and theatre actor and voice actor, who was raised in Toronto, Canada.

He is best known for his portrayal of Biggs Darklighter in the 1977 ', as Ammar in and Goemon Ishikawa XIII in the Manga UK dubs of "The Secret of Mamo" and "Goodbye Lady Liberty". He is also credited as Garrick Hagen"'.

He was also a regular in "" as Simon Gerrard, Debbie Aldridge's philandering former husband.