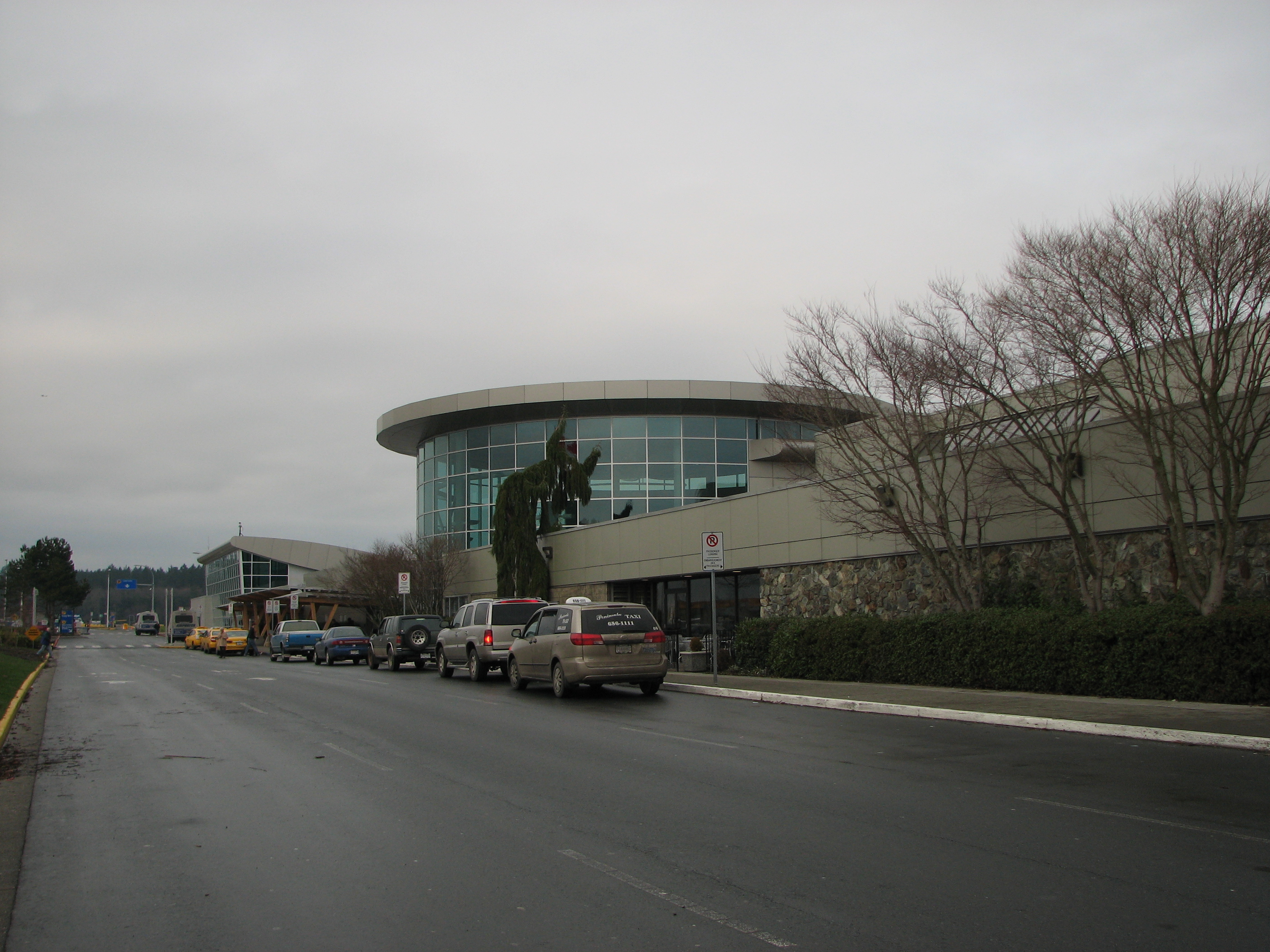 Victoria International Airport Airport codes|YYJ|CYYJ serves Victoria, , . It is 22 km (14 mi) north of the city, in North Saanich, quite close to the town of Sidney on the . The airport is run by the .

Like most airports that are run by local authorities in Canada, Victoria International Airport charges an for each outgoing passenger.

The airport is classified as an by and is staffed by the . CBSA officers at this airport currently can handle aircraft with no more than 450 passengers, when unloaded from the aircraft in stages, or 150 normally.

In 2007, YYJ served 1,481,606 passengers and had 167,771 aircraft movements making it one of Canada's busiest airports in terms of passengers. It was British Columbia's second busiest airport in terms of passengers, and fourth in terms of aircraft movements. The link to Vancouver International Airport is Canada's busiest air route by the number of weekly flights. [ [http://www.oag.com/oagcorporate/pressreleases/07+OAG+reveals+latest+industry+intelligence+on+the+busiest+routes+2109072.html OAG Press Releases 2007 ] ]

The airport started in 1914 as a grass strip, and was used as a military training base.

The last of the forces left the airport in 1952, but of began operating "CH-124 Sea King" ship-borne anti-submarine s from Victoria International Airport (which the military refers to as Patricia Bay) in the late 1980s.

In 1959, the airport was renamed to its present name of the Victoria International Airport.

In 1997, as part of a broad scale restructuring of airports across Canada, (formerly the Department of Transport), gave operational control of the airport to the Victoria Airport Authority.

In 2000, the Airport Authority began the process of renovating and expanding the terminal to meet passenger needs. In 2002, the new Airside holdroom was built, as well as a new Arrivals Rotunda. By 2005, the new Departures area was completed, and the airport terminal had changed dramatically from how it was at the turn of the millennium.

In May 2005, the federal government, which owns the land, announced a reduction in the rent paid by the Airport Authority. This will save $0.6 million Canadian each year and $12 million CAD over the life of the lease, which is 50 years.

Transportation to the airport

Victoria International Airport is served by buses 75 and 83. There is also direct shuttle bus service to Victoria run by a local business and taxi services. By car, the airport is a thirty minute drive from downtown Victoria via Highway 17 northbound; this would vary with different traffic conditions, especially on Highway 17 (Patricia Bay Highway).