Here I Am (Eve album)

Here I Am (Eve album) 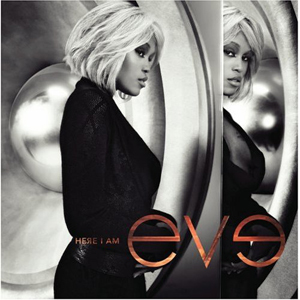 "Here I Am" is the fourth album from rapper/singer Eve. One version of the album received 3 mics in "The Source" magazine. [(, ). [http://tbohiphop.net/eve-leaves-aftermath-signs-with-geffen/16/ Eve Leaves Aftermath; Signs With Geffen] . Accessed , .] [RealTalkNY (, ). [http://realtalkny.net/2007/05/topic/topic/interviews/realtalk-with-eve-no-longer-a-pitbull-in-a-skirt/ RealTalk With Eve: No Longer A Pitbull In A Skirt] . Accessed , .] The album has been said to involve production by , , , and . [Clover Hope, Hillary Crosley (, ). [http://www.billboard.com/bbcom/news/article_display.jsp?vnu_content_id=1003188708 Eve Drafts Top Producers For 'Here I Am'] . Accessed , .] The track "Fire" features a sampled loop of the popular song "" and features . [Certifiedmatt (, ). [http://www.shoutmouth.com/index.php/news/Eve_rolls_in_on_the_back_of_a_seven_nation_army Eve Rolls in on the Back of a Seven Nation Army] . Accessed , .]

The album has been pushed back multiple times. During BET's "" for Eve's video "Tambourine," Eve claimed the CD would be released on , . A month later, it was scheduled to be released on . Later it was pushed back to . The album will be released sometime in 2009. Eve has since changed record labels, moving to .

There is no set release date for the U.S.