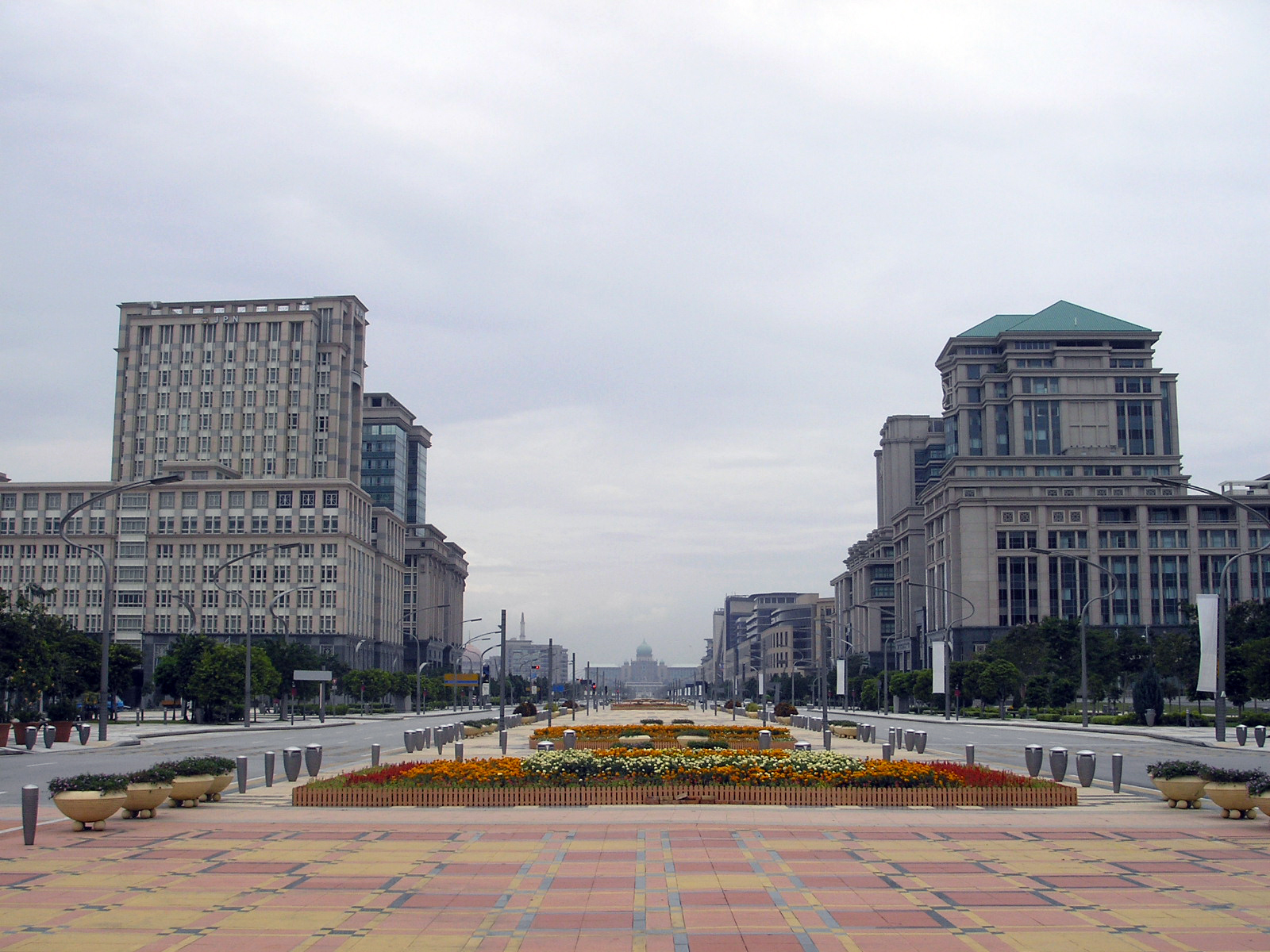 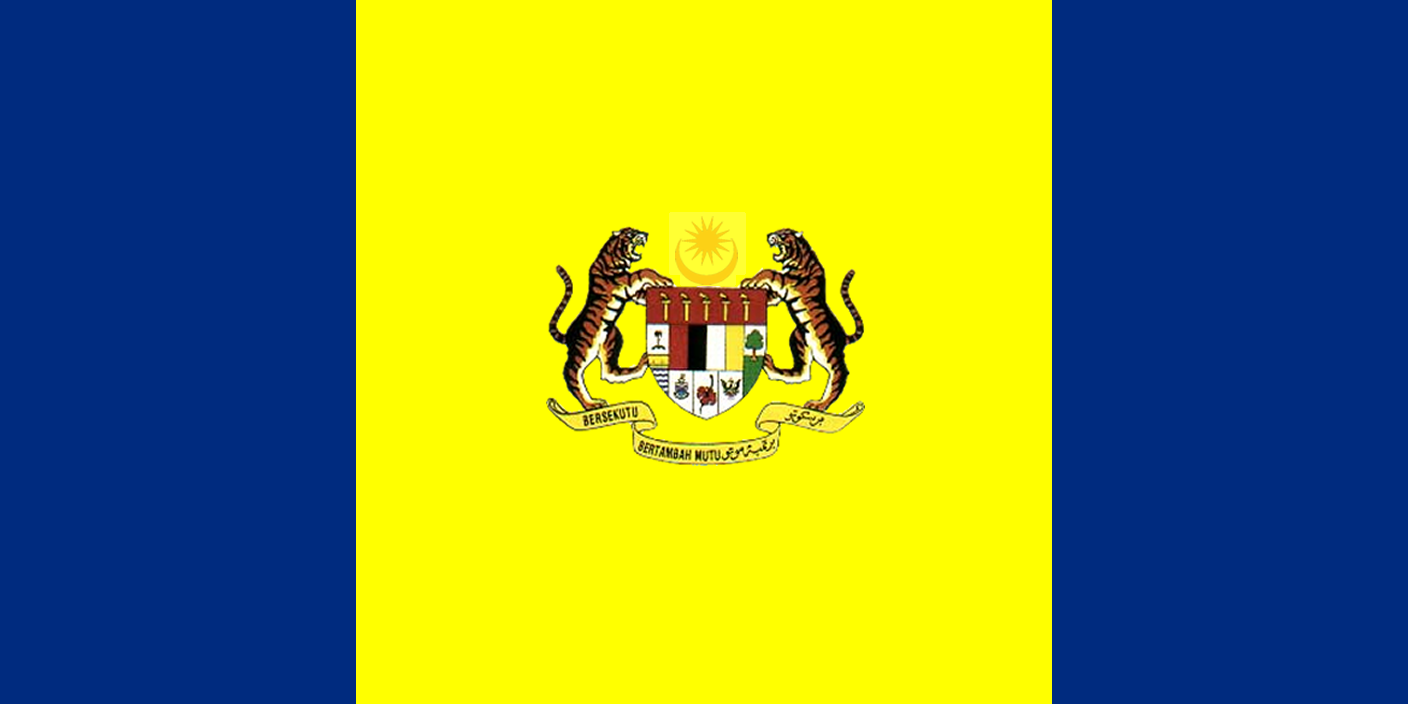 Putrajaya, a located just south of , is the new federal administrative centre of . Several Government offices have relocated there to gain relief from the overcrowding and congestion of , which is Malaysia's largest city. However, still serves as 's national and legislative for now. Putrajaya is a Federal Territory just like the city of Kuala Lumpur and the island of .

The city has only been established recently and it is still undergoing massive development: its development was hampered by the 1997 Asian financial crisis.

The city is built on a scale completely disproportionate to its current population, with a number of bridges spanning an artificial lake, .

Although Malaysia is multi-ethnic with Malay, Chinese, Indian, groups, the architecture in Putrajaya is predominantly (some would say excessively) modern Arabic in style. There have been calls for more traditional or even modern Malay, Chinese, Indian and Western architectural elements in some sectors of the city to make it less like a modern Persian Gulf capital. Some peoplewho have suggested it might have its own "Chinatown" and "Little India" for added flavour.

To the west is , a "cybercity", also located within the , which is situated between Kuala Lumpur and .

The vision to have a new Federal Government Administrative Centre to replace emerged in the late 1980s, during the tenure of Malaysia's 4th Prime Minister, Tun Dr. Mahathir Bin Mohamad. The relocation was to reduce the congestion in the city and to ensure that will continue to develop as Malaysia's principal business and financial centre.

Putrajaya was founded on , and is located in the middle of the (MSC). Putrajaya is the third Federal Territory of Malaysia; the other two being and .

The land on which Putrajaya now stands was formerly known as Prang Besar, part of the state of . Prang Besar ("Great War" in Bahasa Melayu) Estate had been the showpiece estate of the Harrisons & Crosfield plantation group of companies and was the birthplace of the classic "PB86" rubber tree, clones of which were grown more prolifically than any other throughout South East Asia during the mid 20th century. Later, the estate contained oil palms and some of the trees can still be seen in the new city.

The Federal government negotiated with the state on the prospect of another Federal Territory and in the mid-1990s, the Federal government paid a substantial amount of money to Selangor for approximately 11 320 acres (46 km²) of land. As a result of this land purchase, Selangor now completely surrounds two Federal Territories within its borders, namely and Putrajaya.

In 2002, a link called was opened, linking Kuala Lumpur and the in , Selangor to Putrajaya. Construction of the system is also underway.

Most foreign embassies and high commissions continue to be located in . A new area within Putrajaya was developed to cater towards the foreign missions. It remains to be seen what efforts the Malaysian Ministry of Foreign Affairs (MFA) will make to persuade them to relocate to Putrajaya. MFA itself is located in the new Complex at No. 1 Jalan Wisma Putra in Putrajaya. However most major foreign missions like the American Embassy and the Indian High Commission have expressed reservations in moving to , citing the costs in moving and the fact that they have already spent lots of money in their current headquarters on security.

The total cost of building the capital -- shared between the government and the developer -- has never been released but at least 20 billion ringgit (5.9 billion dollars) has come from public coffers. "There are much better things to do for the money," said veteran opposition figure Lim Kit Siang who dismisses the project as a symptom of Mahathir-era "megalomania".

Critics of Putrajaya say it was a massive waste of money and that its architecture is grandiose and culturally inappropriate. The overwhelmingly Islamic-style buildings are out of place in a country which is dominated by Muslim Malays, but also home to large ethnic Chinese and Indian minorities, says architectural academic Mohamad Tajuddin. He criticises the magnificent lakeside mosque as being designed more for tourists than the faithful, and says the prime minister's office, a giant edifice topped with a green "onion dome," is downright arrogant. Tajuddin argues Putrajaya should have been designed in sympathy with Malaysia's harsh sun and tropical storms, with shaded path and breezy verandas instead of baking hot avenues and expanses of paved plazas.

In 2007 there were a spate of problems at the grand Putrajaya government ministries, including collapsing ceilings and a burst water pipe that inundated the immigration department, which raised a lot of questions on the construction and maintenance of the buildings.

Putrajaya's 60,000 residents are generally full of praise for their purpose-built town, with its clean air, wide boulevards and lush parks.These are mainly public servants who have been won over by subsidised housing, and facilities like shopping centres and cinemas that have gradually sprung up.

Most government ministries have relocated there, despites the grumbles of employees, the private business has been slow to follow despite government incentives and encouragement. Not enough has been done to attract the private sector, or the foreign missions that were supposed to occupy the diplomatic enclave that has already been established with access roads, shops and landscaping.

The diplomatic enclave within Putrajaya is without diplomats, embassies or limousines -- and one of the most visible failures of Putrajaya, a multi-billion-dollar extravaganza of monumental avenues, lakes and dome-topped buildings. There are vacant lots marked with the names of dozens of countries lie empty. Many countries have bought plots, but so far only the Iraqis have broken ground, and most diplomats have no intention of giving up their missions in central Kuala Lumpur, and their elegant colonial-era residences nearby. [cite news | title=Malaysia's unloved new capital begins to show the cracks| url=http://news.yahoo.com/s/afp/20080915/lf_afp/malaysiacapitalputrajaya_080915162229 |work=AFP|publisher=Yahoo! News| date=2008-09-15 |accessdate=2008-09-15]