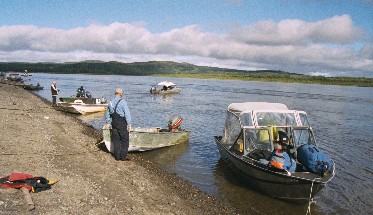 The Kuskokwim River is the 9th. largest river in the United States of America, ranked by average discharge volume at its mouth; 17th. largest by basin drainage area.