Following its formation, the regiment was sent to Egypt in 1882 as part of General Wolseley's expedition to crush the Urabi Revolt and conquer Egypt in the name of the Khedive. The 2nd Battalion was stationed in Alexandria after its bombardment by the Royal Navy and the 1st Battalion was engaged in several of the decisive land battles in that short-lived conflict. Later, in 1884, the regiment was part of the Nile Expedition--the unsuccessful attempt to save General Gordon and his garrison at Khartoum during the Mahdist War. Twenty men of the regiment, led by Lt. Lionel Trafford, led the advanced party towards Khartoum. Being told that the enemy would flee at the sight of the British in their red coats, they traded their khaki for the scarlet of the Camel Guards. Nevertheless, the British relief force was two days too late, as Khartoum had fallen and Gordon was killed.

The 2nd Battalion, stationed in India, was part of the Black Mountain Expedition of 1888, as one of many battles fought along the North-West Frontier Province.

In 1900, the 1st, 2nd, and 3rd (Royal Sussex Militia) Battalions of the regiment joined the British Army in the bloody Anglo-Boer War.

The regiment raised 23 battalions for the war all of which saw action. The regiment had a battalion in every theatre including in Russia in 1919. The regiment lost 6,800 men during the war and four Victoria Crosses were awarded to men from the regiment. After the war, St Georges Chapel, in Chichester Cathedral, was restored and furnished as a memorial to the fallen of the Royal Sussex Regiment, with all the names of the fallen recorded on the panels, that are attached to the walls of the chapel.[1]

The 2nd Battalion crossed the channel with the British Expeditionary Force in 1914 and fought through the war on the Western Front. It was during the first Battle of Ypres that the 2nd Battalion was given the unofficial title "The Iron Regiment" as an unsolicited testimonial by German prisoners captured on November 1, 1914.

The Battalion subsequently fought alongside the 5th (Cinque Ports) Battalion during the Battle of Aubers Ridge on May 9, 1915. Later that year, on 25 September, during the Battle of Loos Sgt Harry Wells won a posthumous VC, when the Battalion took part in the attack in the vicinity of the Lone Tree in front of Hulluch. The Battalion moved to the Somme in 1916 where it was involved in actions including High Wood, moving back to the Ypres Sector in 1917. The battalion lost 1,723 officers and men killed by 1918.

Battle of the Boar's Head

At Richebourg, in 1916, the 11th, 12th and 13th (Southdowns) Battalions of the Royal Sussex, made up the 116th Southdowns Brigade of the 39th Division in Kitchener's New Army. On 30 June 1916 they took part in the Battle of the Boar's Head, Richebourg L'Avoue. After a bombardment of the German trenches the 12th and 13th Battalions went over the top (most for the first time) and, under heavy fire, attacked the enemy trenches, bombing and bayoneting their way in. The 11th Battalion supplied carrying parties. They succeeded in taking the German front line trench, holding it for some four hours, and even briefly took the second line trench for about half an hour, beating off repeated counter attacks, and only withdrew from the shortage of ammunition and mounting casualties. Over a period of less than five hours the three Southdowns Battalions of The Royal Sussex lost 17 officers and 349 men killed, including 12 sets of brothers, including three from one family. A further 1000 men were wounded or taken prisoner. In the regiment history this is known as The Day Sussex Died. The following day the Battle of the Somme began and 20,000 died on the first day. The Royal Sussex attack at Richebourg was just a diversion, not even considered a separate action in the history of the war, and remains largely unmentioned in any of the official histories. There is a brilliant account of this in Edmund Blunden's memoir "Undertones of War" (he was an a 2nd Lieutenant in 11th Battalion).

Victoria Crosses during World War I

The Royal Sussex raised 14 battalions for the Second World War, although only a few saw active service during the war. The regiment won one Victoria Cross during the war, that of Lionel Ernest Queripel

The 1st Battalion was based in Egypt at the outbreak of the Second World War, where it was attached to the 4th Indian Division, with whom it remained for the rest of the war. The battalion took part in the Western Desert Campaign, the Italian Campaign, where it was involved in the bloody Battle of Monte Cassino. During the battle the elements of the 1st Battalion were ordered into an attack in which they sustained over 50% casualties. In 1944 it was shipped across to Greece with Scobie's III Corps where it stayed until 1946.

The 2nd Battalion was based in Ireland at the out break of war. They were joined with the 4th and 5th Battalions of the Regiment in the 133rd (Royal Sussex) Brigade as part of the 44th (Home Counties) Division. They were sent to the France in 1940, taking part in the fighting and rapid retreat to Dunkirk where they were evacuated. The brigade was sent to North Africa in 1942 where they fought in the Battle of Alam Halfa. The 44th Division was reported to have performed badly during that battle and was disbanded afterwards, the Royal Sussex Brigade was attached to various units after this. They fought at the Battle of El Alamein. In 1943 the 2nd Battalion and volunteers from the 4th and 5th Battalions were formed into the 10th Battalion, Parachute Regiment which landed with the 4th Parachute Brigade at Arnhem during Operation Market Garden in 1944. Captain Lionel Ernest Queripel, from the Royal Sussex won the Victoria Cross posthumously, at Arnhem. After the battle the battalion was dispersed.

A new 2nd Battalion was raised again, after the old one became 10th Para, and along with the 4th and 5th Battalions, was reformed with the 133rd Brigade which was sent to the forgotten theatre of war in Iraq and Persia in 1943 with the 6th Indian Division where they remained for the rest of the war.

Rest of the Regiment

The regiment also raised the 6th and 7th Battalions (both 2nd Line Territorial Army battalions) which were both in the 37th Infantry Brigade, part of the 12th Eastern Division. They also served in France in 1940 but suffered heavy casualties during the fighting. The 6th Battalion served as a Home Defence unit for the rest of the war and was disbanded in 1946. The 7th Battalion was disbanded in 1942.

The Royal Sussex raised another six battalions, mostly for home defence or as training units, but the 9th Battalion was sent in 1943 with the 72nd Infantry Brigade to fight in the Burma Campaign with the 36th Infantry Division. The battalion saw action in the Arakan, was airlifted into Myitkyina and fought its way to Mandalay by April 1945. It was in Burma when the Japanese surrendered. 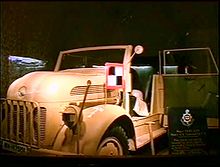 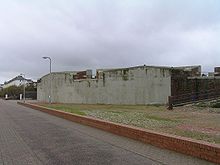 On 31 December 1966 the regiment was amalgamated with The Queen's Royal Surrey Regiment, The Queen's Own Buffs, The Royal Kent Regiment and The Middlesex Regiment to form The Queen's Regiment.

The Regimental Museum is at the Eastbourne Redoubt, Royal Parade, Eastbourne, East Sussex, United Kingdom. The regiment appeared in Atonement as the regiment in which Robbie Turner was a Private during the Battle of France, although the film incorrectly identified Robbie as serving with the 1st Battalion.