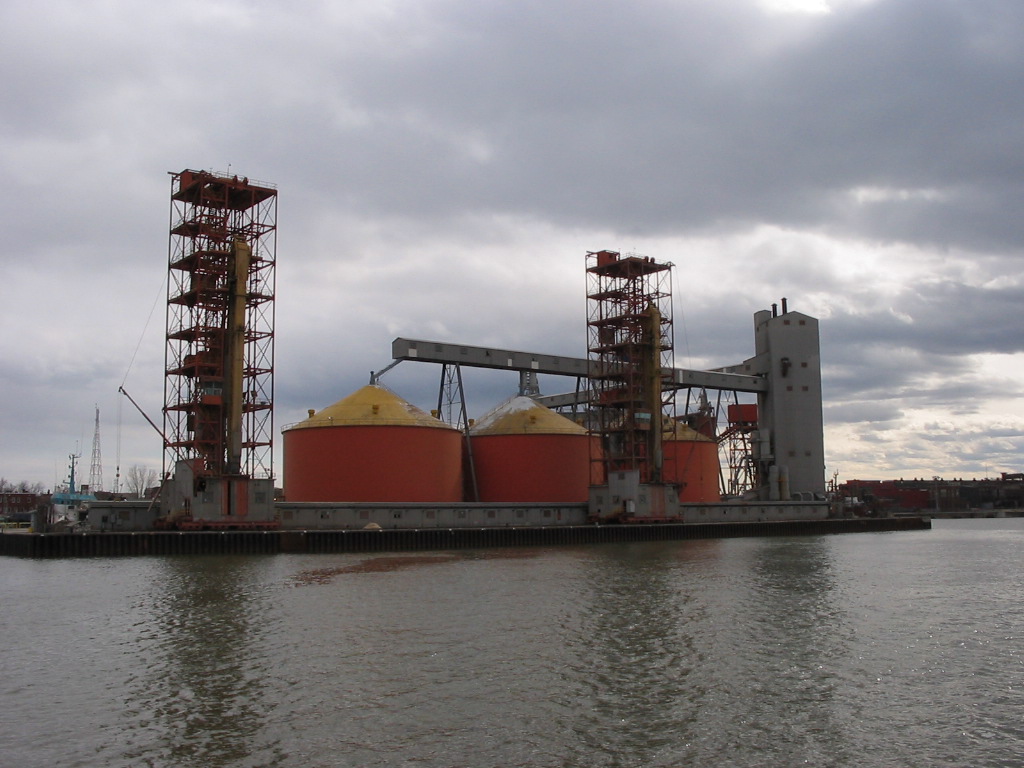 imagesize =
image_caption =View of the ferry port at Sorel

Sorel-Tracy is within km to mi|75 of both and Trois-Rivières, and is easily accessible via Autoroute 30 from the west and via Route 132 from the east and west. Autoroute 30 stops at Sorel and picks up again at Bécancour, leaving an incomplete segment in between.

Sorel is the fourth oldest city in Canada. Its formation began in 1641 when , first Governor and Lieutenant-Governor of , built here as a defense for settlers and river travellers against the . In 1647, the original fort was destroyed by the Iroquois but it was rebuilt by the on the same site in 1665 [ [http://www.champlain2004.org/html/06/0608_e.html Collections Canada] ] .

The name Sorel comes from the first seigneur of the area, Pierre de Saurel. He was in command of a regiment of the Carignan-Salières that came over in August of 1665. He was granted a seigneury by in 1672, even though he had already built a manor house four years prior. The name Tracy comes from Lieutenant General Alexander de Prouville, Sieur de Tracy, who was overall in command of the directly under the Governor.

It is in Sorel that the made its first appearance in on in 1781. After the visit of Prince William Henry, Duke of Gloucester to Sorel in 1787 the town took the name of William-Henry, a name it retained until 1845.

It is probable that before the there were no English speaking people in Sorel. Although then merely a hamlet or village, this place was the scene of much activity. During 1776 large bodies of troops passed through and at times were stationed in the area; the German auxiliaries employed by England were quartered in Sorel as they arrived in the country. A letter from Governor to Lord in October of 1778, written from his camp in Sorel where fortifications were in progress, indicates his proposed use of the Seigniory.

It is my intention therefore, if time and circumstances favour me, to make Sorel a place of strength with Permanent Works, as the importance of it deserves. The Seigneurie of this Place is vested in merchants residing in England and the Inhabitants of it, people remarkable for their courage and resolution, have distinguished themselves very much by their attachment to the Government even at a time the Rebels were Masters of that Country, in which account I think it would serve the King's interest to bestow some Public mark of favour upon them such as remitting them the Quitrents which they pay for their land, to the Seigneur, and the Seigneurie being to be sold, and the purchase would not exceed 13,000, having been offered for that sum, I submit to Your Lordship whether it would not be best to give orders to treat immediately with the Proprietors, Messrs. Greenwood and Higgins in London, both for enabling me to effect the purchase...

The purchase was eventually made in 1781 and Sorel became a clearing house for the steady stream of Loyalist refugees from the south. A certain number of them settled in Sorel, forming the nucleus of the English population. Another addition was Sorel being selected as one of the stations for "Military Invalids", or “Outside Chelsea Pensioners" as they were also called. These old soldiers and their dependents, numbering several hundreds, were sent to Sorel under the medical care of .

The earliest efforts for the propagation of the religion in Canada were made in Sorel. The continued influx of Loyalists during the year 1783 into the Seigniory prompted the population to search out a permanent Minister, and so at the end of the year, a petition was sent to the , begging them to send a Minister of the Gospel to reside in the Seigniory.

Following the request, the embarked during the month of April 1784 at , and arrived at Quebec in June, and at Sorel on the 4th July 1784, where he celebrated Divine Service and preached his first sermon. This is the date of the foundation of the parish in Sorel and the first Anglican mission in Canada.

The chapel where the faithful united was a wooden building located at the end of King Street, a few steps from the Richelieu market. This building had already served as a military storehouse.

At the beginning of the 19th century, Sorel was the home of rs. In 1819, the town's presbytery was declared dangerously unfit. The character of the town, however, would change dramatically over the next few decades, due to the arrival of two influential figures.

In the 1820s, Sorel was the site of the Governor General of Lower Canada's governor's house, occupied George Ramsay, the Lord Dalhousie (after whom is named). Ramsay quickly purchased land in the area for agricultural improvement. The small town was, due to the Governor General's presence, a centre for the turbulent politics of that time; the period leading up to the . Locally, there was animosity between the colonial governor and the other prominent local figure, parish .

Kelly oversaw a number of improvements and changes during his years in the town. The "dangerous" presbytery was rebuilt by 1832 (using stone from the original). The town's name was changed from William-Henry back to Sorel in 1845. The parish was improved, containing four hundred volumes by 1846. In 1848 a monument to temperance was built by the community, along with a society for the care of the poor and sick, and for the education of s. Kelly retired in 1849, after the completion of a new presbytery, having turned the older one into a .

In 1839 two new residents were involved in a murder trial. George Holmes, who lived in town, was in romantic pursuit of , who had been staying with family in William Henry. Holmes killed her husband in the seigneury of Kamouraska. Holmes fled to the , and d’Estimauville was acquitted of any involvement. In 1970, wrote a book, "Kamouraska", about the affair, which was made into a film in 1973 by Claude Jutra.

In 1875, a train accident on the Richelieu, Drummond, and Athabasca line happened near Sorel.

Sorel was also the site of the construction of 3 out of 12 s of the Royal Canadian Navy. The three Canadian Patrol Frigates built in Quebec were HMCS Ville de Quebec, HMCS Regina and HMCS Calgary. The shipyard in Sorel/Tracy was called M.I.L. Tracy and built units for all three vessels and sent them by barge for final assembly at M.I.L. Davie in .

Sorel was amalgamated with Tracy in 2001.