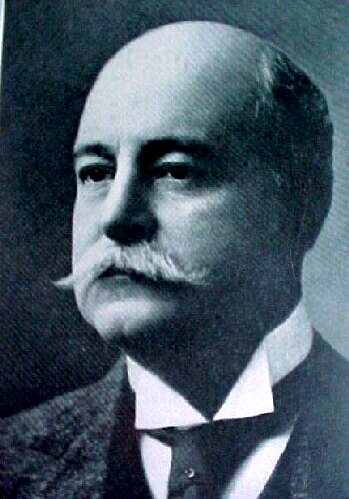 Ebenezer Sumner Draper (, - , ) was a U.S. . He served as between 1909 and 1911. Like , Ebenezer Draper was forged by his family's business. His father, George Draper had been part of a Christian Socialist community, which ended in bankruptcy in 1856. George Draper and his brother, Ebenezer who the younger Draper was named for, took over the community's assets and began several businesses including manufacturing house goods and commercial printing. They soon discovered they could profitably manufacture and sell textile machinery. Over the next seventy years, the Drapers would develop their textile machinery business while building into a secular community based on industrial paternalism.

Ebenezer Draper attended the , graduating in 1878 and returning to his family's company as a junior partner. He served as a director of several companies involved in textile and equipment manufacturing. In 1892, Draper became active in the State Republic Party. By this time the family's company was the largest textile equipment manufacturer in the United States. In 1903, the company would sell a spectacular 78,000 looms worldwide.

Ebenezer Draper was elected Lieutenant Governor in 1906 and served in the post until his election as Governor in 1808. Governor Draper depoliticized a variety of harbor development issues by creating a commission of experts to manage and recommend its policies. However the dominant issues of the times involved labor. As Governor, Draper vetoed a bill restricting public employees to eight-hour days. Though labor fiercely opposed Draper because he was the owner and manager of a large non-union factory, he won a second term of office. Governor Draper was defeated in his second reelection bid. He retired to a life a private business and philanthropy. Draper's company enjoyed remarkably good labor relations, surviving one of the most tumultuous eras with only a brief strike in 1913.