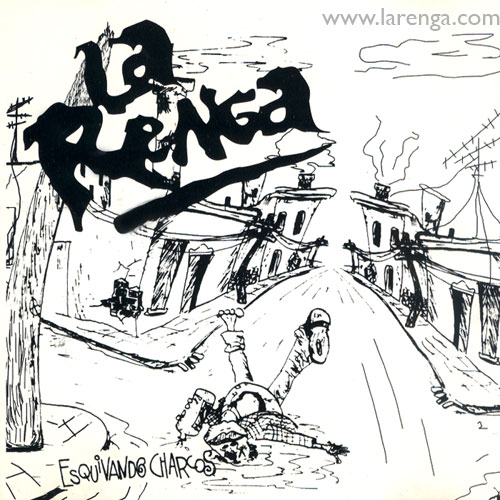 "Esquivando Charcos" is the first album by Argentine band La Renga. Until it was only available in cassette and it wasn't found in music shops, although the live versions of these songs (along with a few other tracks) can be heard in the album "". It was recorded, distributed and produced totally in an independent way by the band.Also, the album was included into a US-only collection called "Clásicos del Rock en Español" without knowledge of the band and with different artwork.

Since they didn't have a company to produce the album, they decided to do it themselves (record, distribution and production). They made 1000 copies, which were sold by them in their concerts. But with the great progress the band made, when they became famous (after releasing their fourth album ""), PolyGram proposed to them to re-release it. After some doubts, they decided that it was a good idea and in 1998 "Esquivando Charcos" was available in stores.

All songs by Gustavo Napoli. Tracks 5 and 9 are rehearsals recorded live in the studio itself.