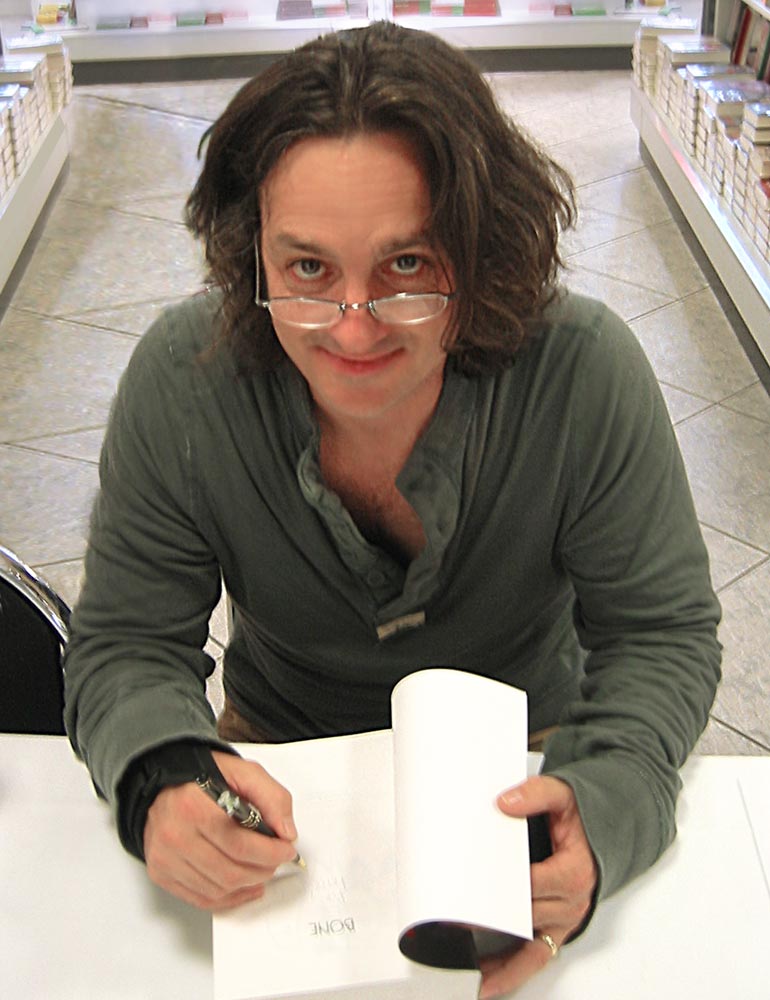 Jeff Smith (born 1960) is an American , best known as the creator of the self-published series "Bone". He has also worked for Character Builders Animation as an art director. He currently resides in .

Jeff Smith was born on , in . His family moved to Columbus, Ohio, where he displayed an interest in cartoons dating back to as early as . Smith made his mind up to become a cartoonist at nine years of age after a classmate brought a copy of some of 's "" comics to school.

While attending the , Smith created a daily four-panel strip for the student newspaper, "". That strip, called "Thorn", introduced the characters that would later populate his comic book series "Bone".

Smith ultimately published 55 issues of "Bone" between 1991 and 2004, blending influences from artists and writers such as Walt Kelly, , and . The black and white comic book proved very successful, and has been collected in a number of trade paperback and hardback collections.

In 2003, Smith began work for on a miniseries starring Captain Marvel, a superhero character Smith is a fan of. [cite web|url=http://www.comicon.com/cgi-bin/ultimatebb.cgi?ubb=get_topic;f=36;t=005004;p=1 |title=Jeff Smith: Bone comics, games & Shazam |author=Jennifer M. Contino] The series, entitled "Shazam! The Monster Society of Evil", was published in four issues in 2007, and later collected into a hardcover edition.

In 2007, named Smith as the designer for an upcoming series of books collecting the complete run of Walt Kelly's "". He also designed the cover art for Say Anything's album "".

Smith released the first issue of "", "a stark, sci-fi series about a dimension-jumping art thief with personal problems", in February, 2008. A six page preview was shown on the 2007 . Smith self-publishes "RASL" in oversized black and white comic books.