Haakon I of Norway

Haakon I of Norway 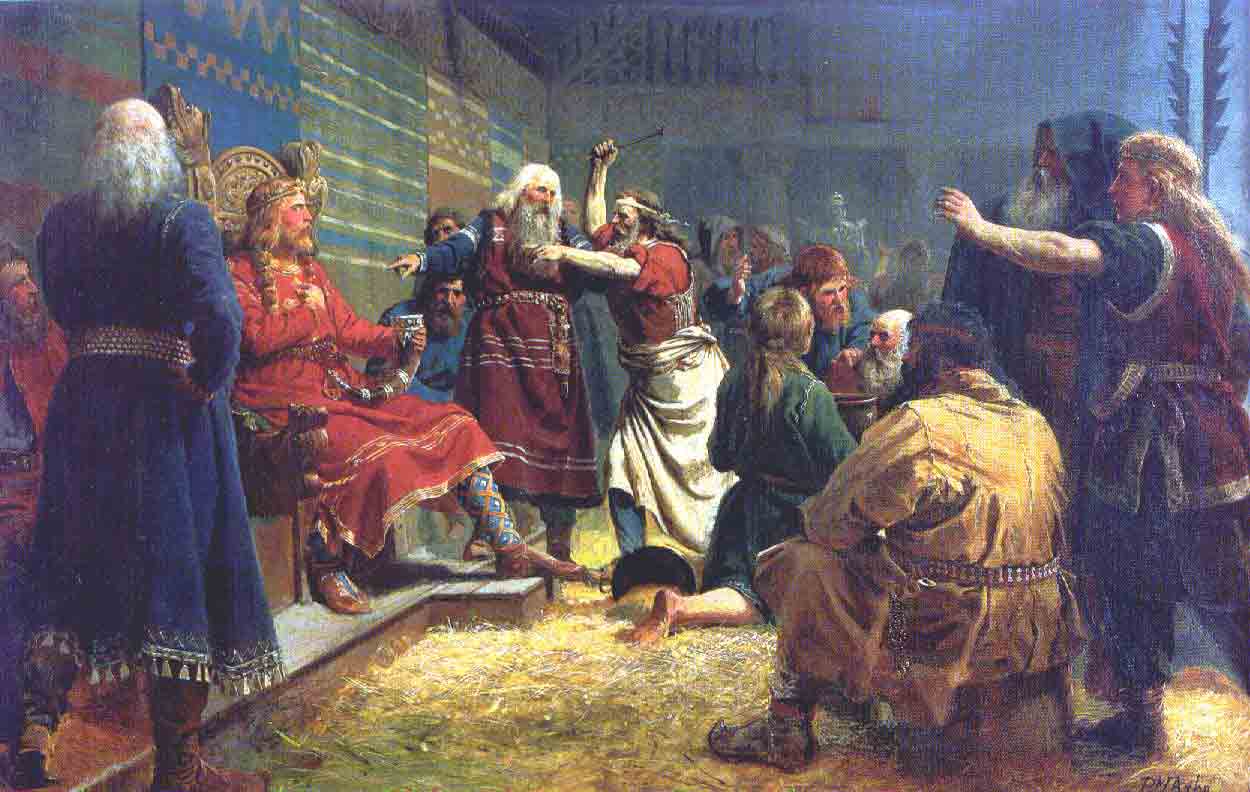 Haakon was fostered by King , as part of a peace agreement made by his father. [cite web|url=http://www.newadvent.org/cathen/07116b.htm|title=Hakon the Good|work= |accessdate=2007-02-18] The English king brought him up in the Christian religion, and on the news of his father’s death provided him with ships and men for an expedition against his half-brother Eirik Bloodaxe, who had been proclaimed king. On his arrival in Norway, Haakon gained the support of the landowners by promising to give up the rights of taxation claimed by his father over inherited real property.

Eirik fled to the and later to the Kingdom of Jorvik, eventually meeting a violent death on Stainmore, , in 954 along with his son, . His sons allied themselves with the Danes, but were invariably defeated by Haakon, who was successful in everything he undertook except in his attempt to introduce , which aroused an opposition he did not feel strong enough to face. He was mortally wounded at the in 961, after a final victory over Eirik’s sons. So entirely did even his immediate circle ignore his religion that , his court poet composed a poem, "", on his death representing his welcome by his ancestors' gods into .

The succession issue was settled as Harald II, third son of Eirik, ascended the throne. However the Norwegians were severely tormented by years of war and welcomed the Danish invading force led by .

* Haakon I is a major character in "The Mother of the Kings" by the Danish-American writer .