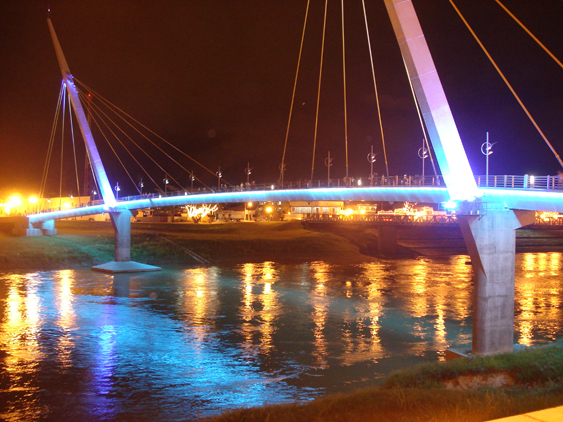 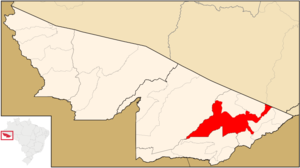 mapsize = 250px
map_caption = Location of Rio Branco in the 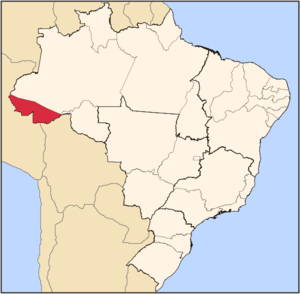 Rio Branco (lit. "White River") is the biggest city and the capital of the of Acre. The city of Rio Branco has gone by a number of names throughout its history. It originated when the seringalista Neutel Maia arrived with his family and workers in the region of Acre in end of 1882 in order to produce rubber. It established its first seringal at the right edge of the Rio Acre, initiating there the constructions of large cabins and tents, giving the name of Seringal Volta da Empresa. After that, Maia opened another seringal at the left edge of the Rio Acre, where today sits the Palace of the Government of the , with the name of Seringal Empresa. Rio Branco has a strategic location, about 2 hours from by air and has borders with and is the only Brazilian city (State) close to the important Peruvian touristic centers of , and .

The city is home to the Federal University of Acre.

Acre has a territory covered mostly by jungle of the . The state is a well-known producer and exporter of . The runs along the southern boundary of the state, forming the border with Bolivia.

An is a type of in which there is no – all months have mean values of at least 60 mm. It is usually found at s within five degrees of the – which are dominated by the . The equatorial climate is denoted "Af" in the . is the natural vegetation in equatorial regions.

Rio Branco International Airport is located in a rural zone of the municipality of Rio Branco, in the state of Acre. It was opened on , with a unique characteristic: it moved 22 kilometers from the previous airport site into a site northwest of the city.

The terminal can receive 270 thousand passengers a year and serves an average of 14 daily operations.

Rio Branco is one of the 18 remaining candidates to host games of the , for which is the only n bidder.