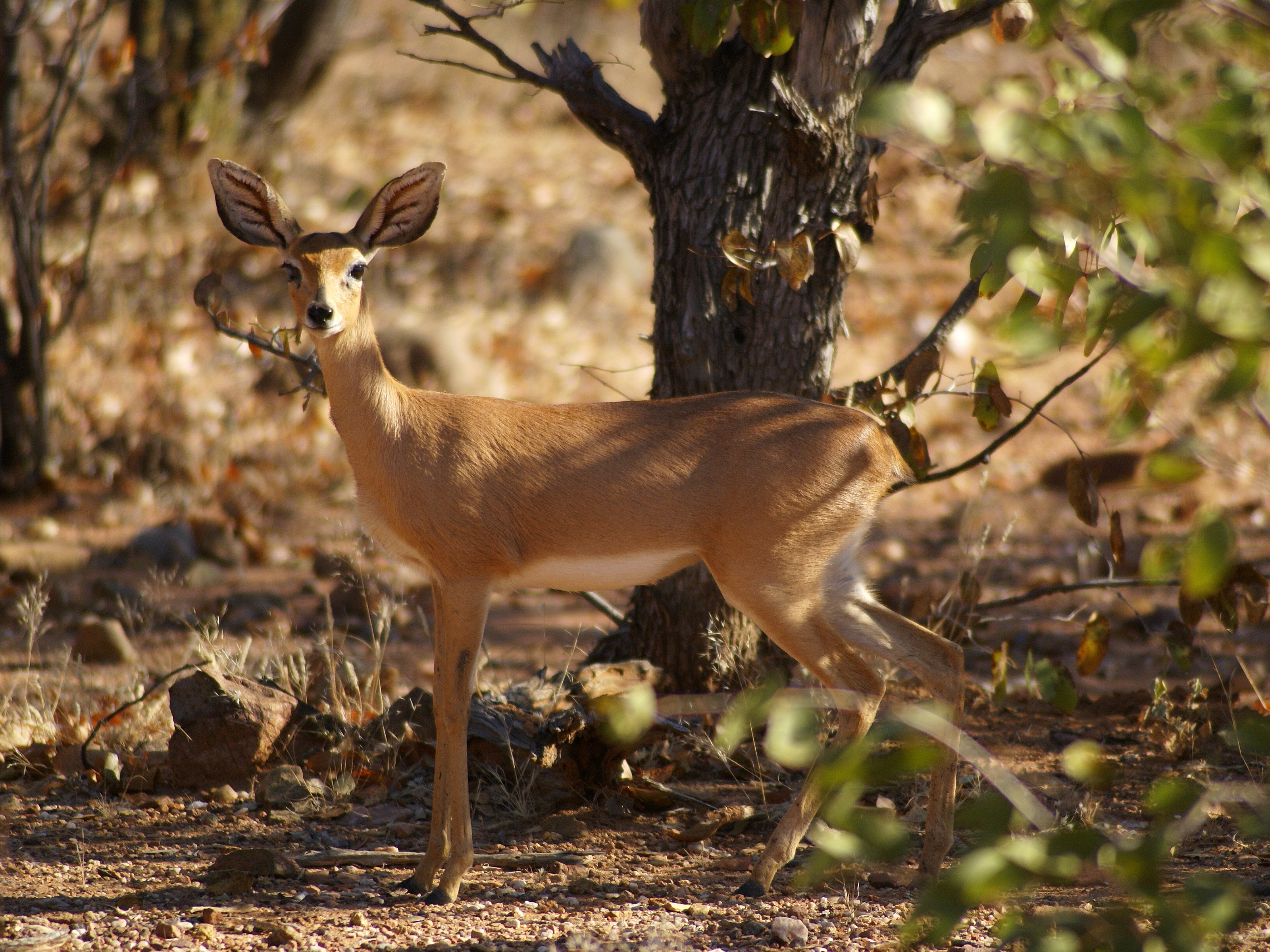 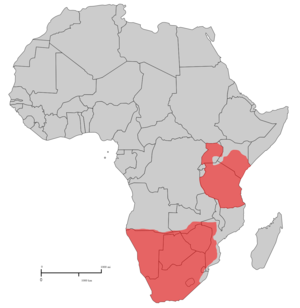 The Steenbok ("Raphicerus campestris") is a common small of southern and eastern Africa. It is also known as the "Steinbuck" or "Steinbok"; not to be confused with the "steenbok" which is an .

7–19 cm long (see image left). There is a black crescent-shape between the ears, a long black bridge to the glossy black nose, and a black circular scent-gland in front of the eye. The tail is not usually visible, being only 4–6 cm long.

There are two distinct clusters in Steenbok distribution. In , it occurs in southern , and . It was formerly widespread in Uganda,

Steenbok can use a variety of s from , such as the edge of the and , to open woodland and thickets, including open , stony h, and ""– s. They are said to favour unstable or transitional habitats.

Steenbok typically browse on low-level vegetation, but are also adept at scraping up roots and tubers. They will also take fruits and seasonally on . They are almost entirely independent of drinking water, gaining the moisture they need from their food.

During cool periods, Steenbok are active throughout the day; however, during hotter periods, they rest under shade during the heat of the day. While resting, they may be busy grooming, ruminating or taking brief spells of sleep.

At the first sign of trouble, Steenbok typically lie low in the vegetation. If a predator or perceived threat comes closer, a Steenbok will leap away and follow a zigzag route to try to shake off the pursuer. Escaping Steenbok frequently stop to look back, and flight is alternated with prostration during extended pursuit. They are known to take refuge in the burrows of . Known predators include , , , , and Pythons.

Steenbok are typically solitary, except for when a pair come together to . However, it has been suggested

Breeding occurs throughout the year, although more fawns are born November to December in the southern spring–summer; some females may breed twice a year. is about 170 days, and usually a single precocious fawn is produced. The fawn is kept hidden in vegetation for 2 weeks, but they suckle for 3 months. Females become sexually mature at 6–8 months and males at 9 months.

Steenbok are known to live for 7 years or more.

Two are recognized: "R. c. campestris" in Southern Africa and "R. c. naumanni" of East Africa. Up to 24 subspecies have been described from Southern Africa, distinguished on such features as coat colour.