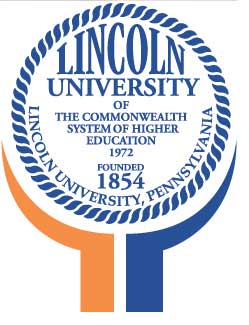 Lincoln University (LU) is America's first degree granting historically black university located in southern Chester County, . The university also hosts a Center for Graduate Studies, located in the . Currently, Lincoln University provides undergraduate and graduate coursework to approximately 2,500 students. As noted in his book "Education for Freedom: A History of Lincoln University, Pennsylvania", with the college's founding in 1854, "This was the first institution founded anywhere in the world to provide a higher education in the arts and sciences for youth of African descent."

" university, meaning it receives public funds and offers reduced tuition for Pennsylvania residents but is under independent control.

Lincoln University was founded as Ashmun Institute in 1854 by the Rev. John Miller Dickey, a Presbyterian minister, and his wife, Sarah Emlen Cresson (a ). It was named after , a religious leader and social reformer. Lincoln University's (Ashmun Institute's) ties to and youth of African descent was a significant component of the framework for the institution's creation. Specifically, John Miller Dickey's first students - the Reverend James Ralston Amos, his brother the Reverend Thomas H. Amos, and the Reverend Armistead Miller - were trained to support the establishment of upon their graduation.

In 1866, Ashmun Institute was renamed Lincoln University after the assassination of .

In 1972 Lincoln University formally associated with the Commonwealth of Pennsylvania as a state-related institution.

As president of Lincoln University, Horace Mann Bond formed a friendship with Albert Barnes, who took a special interest in the institution. In his will Barnes gave Lincoln University the privilege of naming four of the five directors originally defined as the number for the governing board of the Barnes Foundation. The number of directors has since increased in efforts to correct the collection's protracted financial difficulties. This has diluted Lincoln's influence over the valuable collection, now valued at over two billion dollars.

Philanthropist and art collector Albert C. Barnes had an interest in helping underserved youth and populations. Barnes demanded that the collection be used primarily as a teaching resource, and limited the numbers of people who could view it, and for years even the kinds of people, with a preference for students and working class.

More recently, the local government restricted traffic to the current location as it is in a residential neighborhood. Both of these factors had the effect of limiting public access and pushed the Foundation near bankruptcy by the 1990s. Supporters began to explore plans to move the collection to a more public location and maintain it with museum standards. In an effort to raise money for needed renovations to the main building, the Foundation sent some of the collection's most famous paintings on tour.

In 2002, the Barnes Foundation contested Albert C. Barnes' will, arguing that the Merion location of the collection and small number of Board members limited the Foundation's ability to sustain itself financially. Pennsylvania Governor brokered a settlement in 2005 between The Barnes Foundation and Lincoln University.

Lincoln University Plaza, a six story building in the section of Philadelphia, houses the Graduate Center.

Lincoln University participates in the NCAA Division II level as a transitional institution. Lincoln has won 17 NCAA Division III Track & Field championships since 1985. Lincoln currently competes as a Division II a provisional member of the and, the .

The men's basketball team achieved a 46-12 record from 2004- 2006 seasons. The 2005-2006 season witnessed Lincoln's first national basketball ranking, led by All American, D3Hoops & Basketball News National Player of the Year Kyle Myricks who was dubbed by ESPN as D3's "Most Exciting Player". The Lions made the sweet sixteen for the first time in school history.

On Start date|2006|04|11, Lincoln's Board of Trustees voted to revive the Football program, and establish Marching & Pep Bands. The University has petitioned membership in the CIAA, of which Lincoln was a founding member of the league. Lincoln will be moving from the NCAA's Division III to Division II. A club football team is scheduled for the 2008 followed with a full Division II schedule in 2009.

On Start date|2006|12|02, Lincoln's basketball team set 5 Division III records in a 201-78 victory over Ohio State Marion. They included points in a half and a game, as well as the NCAA record for margin of victory. The record-setting game has received significant publicity, both positive and negative. The coach and team have been criticized for "humiliat [ing] a helpless opponent", as Ohio State Marion is a non-NCAA school that only was able to suit six players.

:A.note_label|Dickey|A|noneFounder and President of the Board of Trustees Ashmun Institute and Lincoln University:B.note_label|Bond|A|noneFirst Alumni President